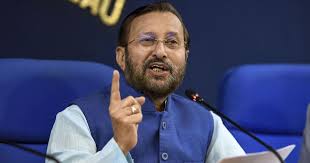 Underlining that climate change is an important issue that needs the attention of world leaders, Union Minister Prakash Javadekar on Thursday said all the countries need to work together to save the planet.

“Climate change is a very important issue to be discussed world over and world action is needed on this. It is not like one country can make a difference. All countries will have to work in that direction,” Javadekar said in his keynote address while virtually chairing the ‘India CEO Forum On Climate Change’.

Javadekar, who is the Union Minister of Environment, Forest and Climate Change, said the United Nationa’s ecosystem will definitely take note of India’s corporate world’s wonderful initiative to adhere to and even declare their own plans for carbon neutrality.

“My suggestion to the corporate world is to propagate what you’re doing and report to us, so we can do the same… India is walking the talk. India is 2 degrees compliant in action and in contributions. Therefore, we are asking world leaders and other countries that they should also walk the talk and be compliant with the Paris Agreement,” Javadekar said.

“We will have 175 gigawatts of renewable power by 2022. Now, Prime Minister Narendra Modi has taken it to a new height by setting a target of 450 GW by 2030. It’s a huge target and will account for a little over 40 per cent of our installed energy capacity,” he added.

The Union Minister said the country had in the Paris Agreement decided that it will restrict the temperature rise to 2 degree Celcius by 2100 and added that it had also declared that the country will reduce its emission intensity by 35 per cent.

Speaking about the COVID-19 pandemic and its economic impact, Javadekar said, “Demand is picking up and money is in the hands of the people… I am very sure that India will show the way how to deal with the pandemic. What we are seeing in Europe and America is worrisome.”