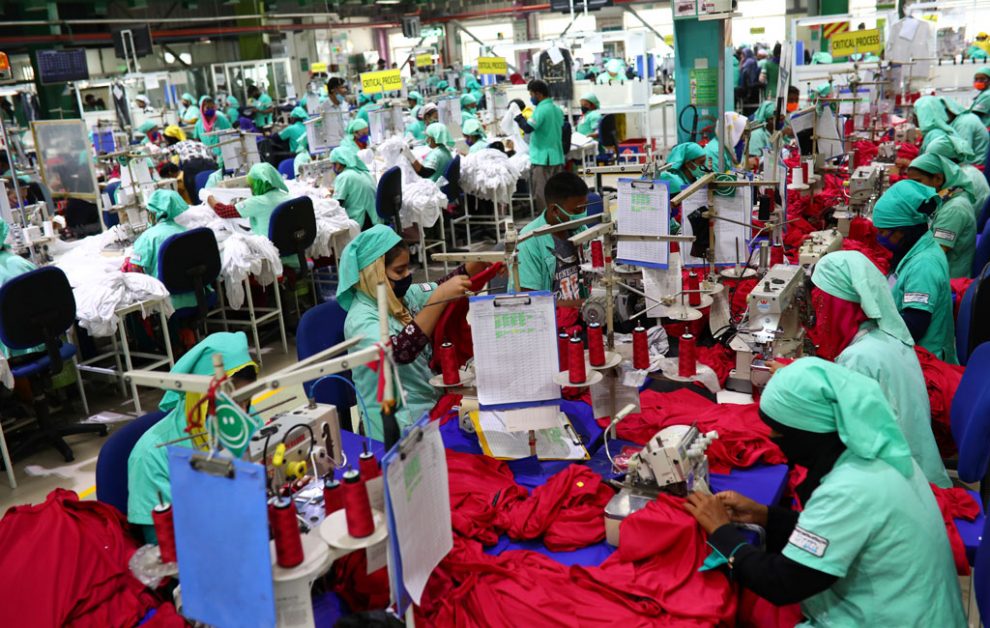 DHAKA: Major fashion brands, including H&M, M&S and C&A, are getting behind an initiative in Bangladesh that aims to use more recycled materials in clothing production and significantly cut planet-heating emissions from manufacturing by 2030.

The Circular Fashion Partnership, announced this week, brings together more than 30 international brands, Bangladeshi recycling firms and garment manufacturers in a push to reuse textile waste from clothing factories to create new products.

If successful, the initiative could be replicated in other countries, such as Indonesia and Vietnam, and help cut the broader fashion industry’s emissions, said the Global Fashion Agenda (GFA), a nonprofit body that is leading the new scheme.

In 2018, the sector’s greenhouse gas (GHG) emissions were just over 2 billion tonnes, a figure that needs to be halved by 2030, to be in line with global climate goals, said the GFA.

The partnership would cut carbon emissions from clothing production and demand for raw materials, which include fossil fuels, by slimming down the amount of waste and increasing the use of recycled materials over virgin materials, she noted.

Under the 2015 Paris climate accord, nearly 200 countries agreed to slash greenhouse gas emissions to net-zero by mid-century and limit global average temperature rise to “well below” 2 degrees Celsius above preindustrial times.

According to 2020 research by the GFA and McKinsey & Company, the fashion industry produces 4% of global climate-warming emissions – equal to the combined annual emissions of France, Germany and Britain – and needs to intensify its efforts to align with the Paris Agreement goals to curb climate change.

The U.N. Environment Programme in 2019 put the fashion industry’s share of global carbon emissions at 10% – more than all international flights and maritime shipping combined – and said it was the second-biggest consumer of water.

Bangladesh – a low-lying nation considered highly vulnerable to climate change impacts such as intensifying floods, storms and sea level rise – is the world’s second-largest producer of clothes and its economy depends heavily on the garment industry.

But most waste from the industry is either exported or down-cycled for less valuable uses, said the GFA, adding the circular plan aims to change that by increasing the value of the waste.

Miran Ali, a director at the Bangladesh Garment Manufacturers and Exporters Association, said it was time for the fashion industry to move away from a linear business model of “take-make-dispose” and towards a circular approach.

As Bangladeshi factories produce items in large volumes, their waste is standardised, making it relatively easy to deal with, he noted. “Therefore, Bangladesh can be a global leader in the area of circular economy,” he said in a statement.

H&M, one of the Bangladesh industry’s biggest clients, told the Thomson Reuters Foundation it is working on transforming its whole business to become “fully circular and climate positive.”

To get there, the Swedish fashion chain’s targets include making its supply chain “climate neutral” – meaning it does not contribute to global warming – and only using recycled or other sustainably sourced materials, both by 2030.

“As we move towards a business model based on a circular economy, our climate agenda is pushed. And we want to use our size and scale to make a difference,” Cecilia Strömblad Brännsten, H&M Group’s environmental sustainability manager, said by email.