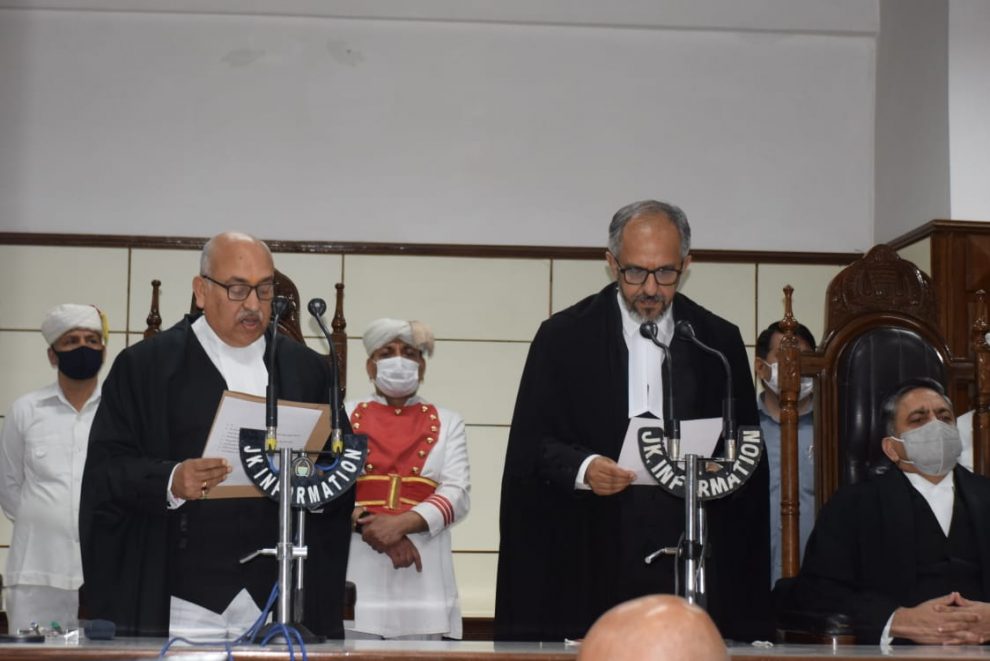 Justice Mithal administered oath of office to them at the courtroom of the chief justice in Jammu.

The proceedings of the ceremony were conducted by Sanjeev Gupta, Registrar General of the High Court of Jammu & Kashmir and Ladakh, who read the contents of the notification received from Government of India, the warrants of appointment issued by the President and the letter of authorization issued by the Lieutenant Governor, Union Territory of Jammu & Kashmir, authorising the Chief Justice to administer the oath of office to two newly appointed Judges.

On March 24, the Ministry of Law and Justice appointed Rahul Bharti, and Moksha Khajuria Kazmi as Additional Judges of the High Court of Jammu & Kashmir and Ladakh, for a period of two years.