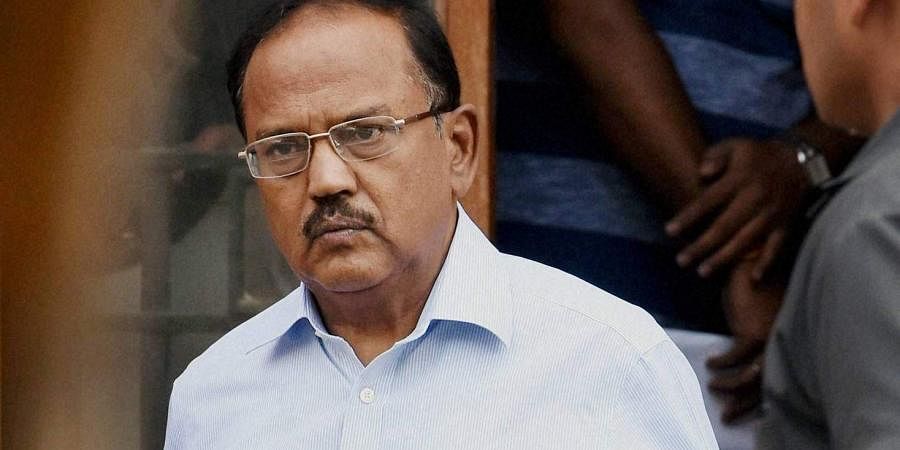 Dhurjati Mukherjee
Add Comment
Indeed, it’s distressing to note that an accomplished bureaucrat like the National Security Adviser (NSA), Ajit Doval, should at a recent event at the National Police Academy observe that the “new frontiers of war, what you call the fourth generation warfare, is civil society . . . that can be . . . manipulated to hurt the interest of a nation”. According to him: “Its civil society that can be subverted, suborned, divided or manipulated to hurt the interest of a nation” In effect, he was seeking to influence the trainee IPS officers to view the civil society groups with outright suspicion and carry out an agenda to crush dissent. Not allowing civil society to function is obviously crushing human rights and goes against the fundamental principles of society.

Understanding of society, the process of its growth and development, as clearly enunciated by distinguished scholars, social scientists and philosophers appears to have been given a new twist. Worse, while Indian politicians brag about India being one of the largest democracies in the world, attempts are being made to undermine an important component, the civil society and stifle its functioning.

Indeed, it’s distressing to note that an accomplished bureaucrat like the National Security Adviser (NSA), Ajit Doval, should at a recent event at the National Police Academy observe that the “new frontiers of war, what you call the fourth generation warfare, is civil society . . . that can be . . . manipulated to hurt the interest of a nation”. According to him: “Its civil society that can be subverted, suborned, divided or manipulated to hurt the interest of a nation” In effect, he was seeking to influence the trainee IPS officers to view the civil society groups with outright suspicion and carry out an agenda to crush dissent. Not allowing civil society to function is obviously crushing human rights and goes against the fundamental principles of society.

Doval, a former IB Director, is an educated man and there is no reason to believe that he does not know about the process of growth of society. However, he would do well to read the famous book of MacIver and Page ‘Society: A Historical Analysis’, whereinSociety is “a system of usages and procedures, authority and mutual aid, of many groupings and divisions, of human behaviour and of liberties.” He must comprehend the role of civil society, particularly in a country like India, where community bondage has to be strengthened with fellow feeling, love and cooperation. The question then arises is what motivated the NSA chief to make such a comment?

In all probability it could be the love for power and position, wherein he considers it alright to sacrifice the minimum ideals of life and living. And perhaps be on the right side of those in power to make such a comment which has been rebuked by rights’ activities. Doval’s narrative seems to reflect the fact that if educated people can go against established principles, uneducated or half educated politicians would obviously trend the crooked path.

Imagine what would have Doval’s position and respectability been if he had made such a comment in the any of the Western countries. One cannot attribute his lack of knowledge but it appears to a guided agenda and reminds one of the famous phrase of Lord Acton: “Power tends to corrupts, and absolute power corrupts absolutely”.

It is generally agreed, rather readily accepted that the country requires the effective role of civil society in the making of ‘New India’. The numerous initiatives of the government require the participation and awareness of people and there is no better organisation than the civil society to achieve this objective. Apart from involvement of civil society in the Swachh Bharat Mission, various NGOs have been working for the conservation of nature and biodiversity which are essential for a healthy, clean and biologically sound India. Civil society movements such as Chipko, Apiko of the past for the protection of tree to the present day AravalliBachaoand Narmada Bachao Abhiyan try to achieve a similar objective in sync with the idea of ushering in a better India.

It is agreed the world over that civil society would protect the basic human needs of people against the tyranny of the state. The rights of the minority, depressed class, along with individual rights of freedom, liberty are protected duly by a robust civil society. Further, civil society has a key role in stopping the majoritarian tendencies and protecting the spirit of diversity in India.

However, the BJP-led NDA government has overlooked the importance of strengthening civil society and with it promoting grass-root democracy. The totalitarian tendency of the government is reflected by statements such as Doval’s and actions against rights activist such as Father Stan Swamy, Sudha Bharadwaj, Vernon Gonsalves,among others. Undoubtedly, the government seeks to crush dissent in any form and least bothered about its ratings on human rights record in the US and other Western democracies.

A recent statement by former civil servants, the Constitutional Conduct Group (CCG), has while referring to key reports such as Swedish V. Dem Institute’s ‘Democracy Report’,  Democracy Index of Economist Intelligence Unit and the US Commission for International Religious Freedom, aptly noted: “India has become known internationally for criminalisation of dissent and using laws relating to sedition and terrorism against those activists, media persons and Opposition politicians who stand up against the ruling dispensation. Human rights violations continue apace and constitutional institutions like the Election Commission and the judiciary are undermined and eviscerated by all manner of means including the lure of post-retirement sinecures, intimidation and threats.”

The question that arises is whether the society is breaking up? One cannot deny that communities are breaking up and with poor levels of education and awareness, there is a slow and steady growth of distrust creeping in, resulting in rising friction and violence, not only in towns but at the grassroot levels, in villages, in spite of poverty and squalor.

The present-day politicians appear to care precious little about people and human development, which is possible only through social and economic bondage at grass-root levels. Besides, even the pressure of a section of intellectuals has not been able to build the much-needed communitarian spirit, so very essential for democratic spirit to flourish.

If people like Doval and other minions, who represent the elite of society, demonstrate such poor understanding of civil society suggesting it’s composed of not ‘civil’ but criminal elements, it speaks poorly of the country too. Worse, it undermines the affirmation of Mahatma Gandhi, the father of the nation, who underlined ‘Freedom of speech and civil liberty, are the very roots of Swaraj. Without these the foundations of Swaraj will remain weak.’

And he assumed that Indian society was advanced enough to have a vibrant civil society as he visualised that though disagreement and conflict are inevitable in any society between individuals and groups, this could be overcome if people shared common values, humanity and build relationships through social bonding. This was for him the crux of a vibrant civil society, which could move towards the path of human development.

The question today is does the polity value disagreementas is inevitable in any democracy? Or  will Doval be allowed to get away with his claim of ‘new frontiers of war’ by the civil society? The people need to decide and must react accordingly.

Pakistan and fate of its founding fathers
Uniform civil code, anyone?
Comment