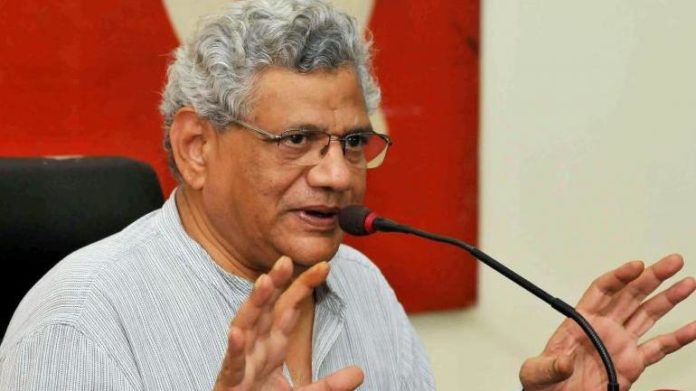 Communist Party of India (Marxist) General Secretary Sitaram Yechury said that the Citizenship Amendment Act (CAA) violates the Indian Constitution and citizenship cannot be defined on the basis of a person’s religion.

Yechury, who was addressing the students at Osmania University here today, said: “Today if anyone protests against the government or its policies, he will be termed as an anti-national We are protesting against Citizenship Amendment Act (CAA), National Register of Citizens (NRC) and National Population Register (NPR). It is an expression of patriotism. Young generation wants to defend India. They are the future of India,” he added.

Earlier today Yechury said that the Chief Ministers of as many as 13 states have refused to implement the NRC.

“The Chief Ministers of 13 states have said ‘no’ to NRC. We appeal to them to say ‘no’ to NPR also. Two of them have already done this, which are Kerala and West Bengal. On this issue, West Bengal Chief Minister seems to be on the same side,” said Yechury.