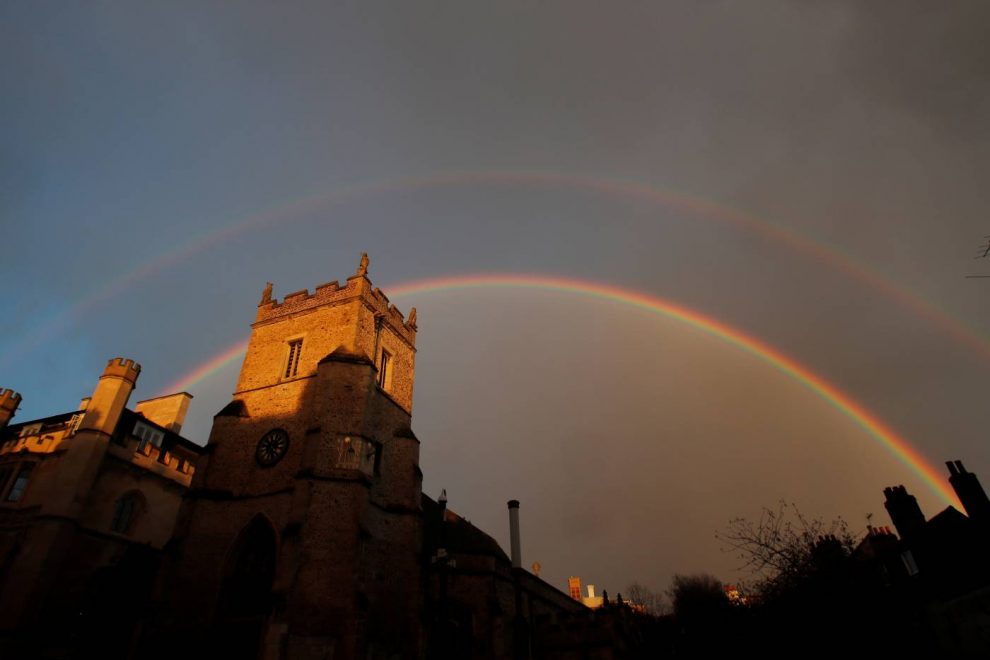 LONDON: The Church of England’s two most senior figures apologised on Monday for the “huge damage and hurt” caused to LGBT+ people, as the church published a package of teaching materials covering sexuality and gender identity.

The archbishops of Canterbury and York, Justin Welby and Stephen Cottrell respectively, said in a joint foreword to the “Living in Love and Faith” resources that the church had caused, and continued to cause, “hurt and unnecessary suffering”.

“For such acts, each of us, and the Church collectively, should be deeply ashamed and repentant,” wrote the leader of the Church of England and its second-most senior figure.

Described by the church as a “landmark set of resources”, the project has taken three years to complete and includes a 480-page book, a series of films and podcasts as well as an online library of other publications.

The Bishop of Coventry, Christopher Cocksworth, who oversaw the project, said it covered the “nature of humanity, of relationships”, not just sexuality and gender identity.

Referring to the wider 85 million-strong Anglican Communion, which includes many church leaders in Africa firmly opposed to wider LGBT+ rights, Cocksworth emphasised that the project sought to address the “life of the church in England”.

“But I hope that other churches, whether they are more… liberal churches than the Church of England (and) those that are, let’s say more conservative, and are not even prepared to discuss these questions, that they won’t say ‘you shouldn’t be doing this at all’,” he said.

Hot-button issues such as the Gender Recognition Act, recently subject to a controversial reform process, and transgender youth are discussed, but as starting points for debate, rather than outlining new Church of England thinking.

The documents also offer no resolution on the thorny issue of letting same-sex couples marry in church, which is currently not allowed by the Church of England.

Jayne Ozanne, a prominent gay Anglican and member of the British government’s LGBT Advisory Panel, said that while she welcomed the publication, the Church of England “must not excuse or legitimise homophobia in any form”.

“It is hard to understand why a document that recognises the harm caused by some Church teaching does not learn from this and immediately implement urgent changes,” she said in a statement.

On Monday, the church announced the establishment of a working group, chaired by the Bishop of London, Sarah Mullally, that will discuss “a way forward… in relation to human identity, sexuality, relationships and marriage”.

Another document setting out the church’s thinking is expected to be published in 2022.