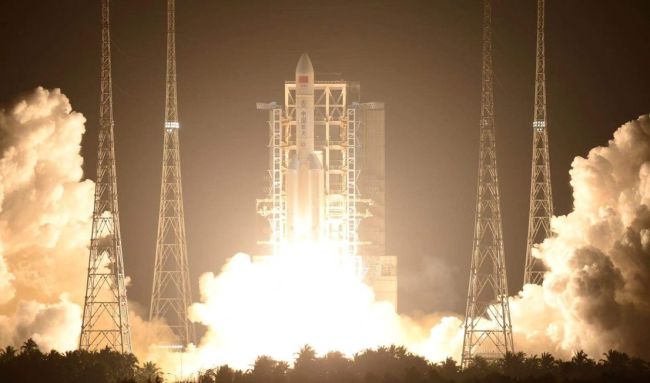 The Chinese space authorities declared the mission a “complete success” just over half an hour after the lift-off when the Shijian-20 satellite it carried entered its designated orbit.”After more than two years’ effort… the research and development team has overcome challenges in engine technology. [We] solved the problem,” Wang Yu, chief commander of the launch mission, told China News Services.It is the country’s third attempt to launch the rocket.

The first attempt was made in 2016. However, during the first attempt, the rocket failed to reach the speed required for the early phase of the flight.The second attempt also failed when a turbopump that injected fuel into the combustion chamber malfunctioned and the main engine died minutes after take-off.