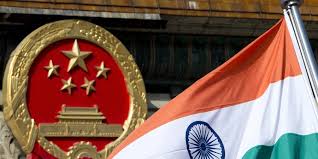 BJP member Tapir Gao said on Tuesday that China had “occupied 50-60 kilometres” of Indian territory and warned if there will be a Doklam-like standoff with the neighbouring country, it will be in Arunachal Pradesh.
Raising the issue in Lok Sabha during Zero Hour, Gao said that China has raised objections and made statements after visits of President Ram Nath Kovind, Prime Minister Narendra Modi, Defence Minister Rajnath Singh and Home Minister Amit Shah to the state. Gao, who is an MP from Arunachal East, said that an area in Arunachal Pradesh, where former External Affairs Minister Jaswant Singh was posted as an Army Captain, was not with India now.

“China has occupied 50-60 kilometres of our territory. If there will be a Doklam-like standoff in the future, it will be in Arunachal Pradesh,” he said and urged the government to take necessary steps.
The standoff between India and China in 2017 in Doklam had ended after 73 days after both sides agreed to withdraw their troops.China had attempted to extend a road in Doklam tri-junction and the Indian personnel moved to the site and approached the Chinese construction party, urging them to desist from changing the status quo.