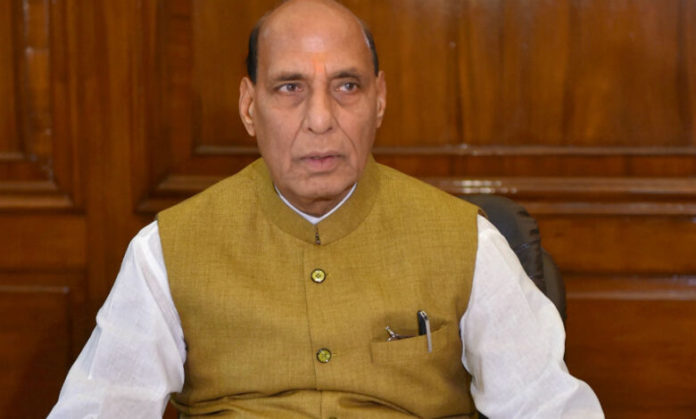 Minister Rajnath Singh on Tuesday said that China began disrupting the normal and traditional patrolling pattern of Indian troops in the Galwan Valley in May this year causing face-off conditions between the two Armies.”From April, the number of Chinese armies and their armaments on the border of Eastern Ladakh was observed. Early in the month of May, China began disrupting the normal, traditional patrolling pattern of our troops in the Galwan Valley region, causing face-off conditions. Ground commander level meetings were also being held,” Singh said while speaking in Lok Sabha today.

“Meanwhile, in mid-May, China made transgression attempts on Line of Actual Control (LAC) in the western sector. This includes Kongka, Gogra, and the north bank of Pangong Lake. Our Army took necessary action against these attempts. We conveyed to China through diplomatic and military channels that such activities are an attempt to change the status quo unilaterally. It has also been made clear that this effort is not acceptable to us under any circumstances,” he said.Singh said that the violent face-off that took place on June 15 in which 20 Indian soldiers laid down their lives was created by China as it violated the consent reached in a meeting between military commanders on both sides on June 6.

“Seeing increasing friction on the LAC, military commanders on both sides met on June 6, 2020. It was agreed that disengagement should be done by reciprocal actions. Both sides also agreed that LAC would be considered and no action would be taken which would change the status quo,” Singh said.
“A violent face-off situation was created by China in Galwan on June 15 in violation of this consent. Our brave soldiers sacrificed their lives but also caused great damage to the Chinese side and managed to protect their border,” he continued to say. “I request the House to join me in praising the valor and bravery of our soldiers. Our brave soldiers are keeping all the countrymen safe by their tireless efforts in extremely difficult circumstances.”