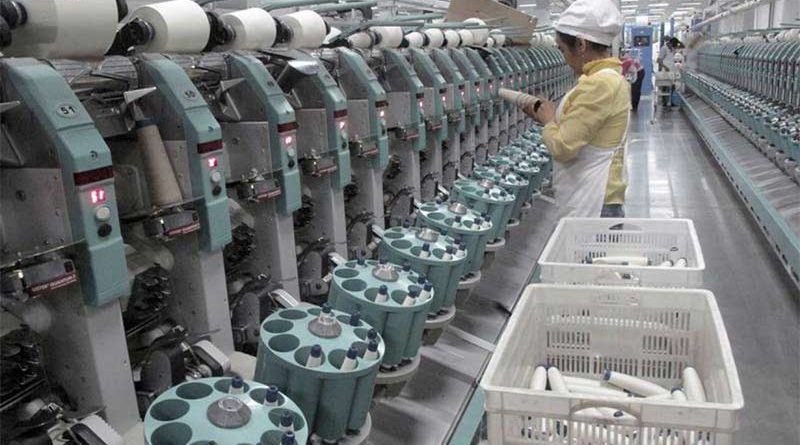 LONDON: China is forcing hundreds of thousands of ethnic Uighurs and other minorities to pick cotton by hand, a U.S. think-tank said, sparking calls for governments to ban all cotton imports from the Xinjiang region.

The vast western province, home to about 11 million ethnic Uighurs, produces 85% of China’s cotton and 20% of the global supply, which is used by fashion brands worldwide.

The Washington-based Center for Global Policy said in a report it was very likely a major share of cotton from Xinjiang was “tainted with forced labour”.

“Helping people of all ethnic groups secure stable employment is entirely different from ‘forced labour’,” he told a media briefing in Beijing, adding that nearly 3 million people had been lifted out of poverty in the region.

He said all ethnic groups in Xinjiang were free to choose their occupations.

Anti-slavery experts said the report’s findings would be aired in the British and European parliaments this week.

“This evidence underlines why businesses must urgently end all sourcing from the region, and why governments must ban imports from the region. There are no arguments for delay,” Chloe Cranston from campaign group Anti-Slavery International told the Thomson Reuters Foundation.

The allegations follow long-standing international concern over reports that China has detained 1 million people from Muslim minorities in camps in Xinjiang and is putting them to work, often in textile factories.

But it said the overall figure was likely to be several hundred thousand higher.

Its report said pickers – including some released from internment camps – were subjected to intrusive government surveillance and political indoctrination sessions.

Author Adrian Zenz said it was clear that the work scheme involved “a very high risk of forced labour”.

“Some minorities may exhibit a degree of consent in relation to this process, and they may benefit financially. However … it is impossible to define where coercion ends and where local consent may begin,” he wrote.

The XPCC, founded in 1954 to settle China’s far west, produces about a third of Xinjiang’s cotton.

U.S. Department of Homeland Security Secretary Kenneth Cuccinelli has said a region-wide ban was being studied.

Clothing giants including Gap Inc, Patagonia Inc and Zara owner Inditex said this year that they did not source from Xinjiang factories, but could not confirm their supply chains were free of cotton from the region.