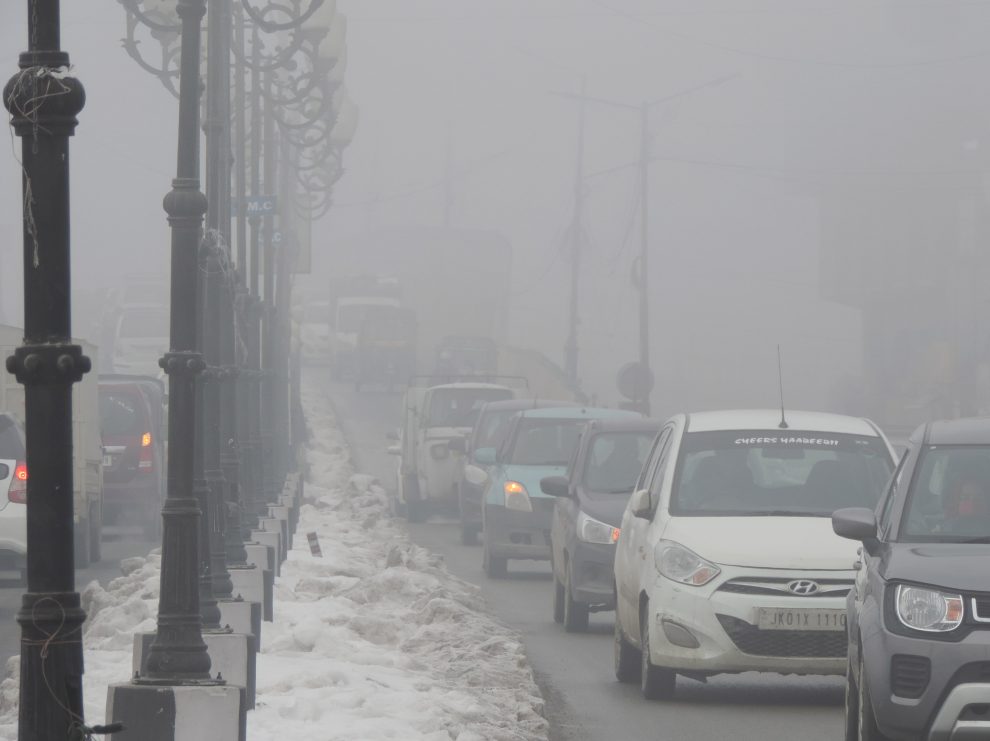 Srinagar: There was no respite from chilly weather conditions even as the minimum temperature settled over 5 degree below normal in the summer capital, Srinagar, where dense fog and frozen roads affected normal life in the morning.

World famous Dal Lake and other water-bodies remained frozen in Srinagar, where authorities have launched operation to deliver emergency rations and medicines to Shikarawalas who are unable to move out due to frozen water in Dal and Nigeen lakes.

After witnessing the coldest night in 30 years on Thursday at minus 8.4 degree, the mercury surged slightly though Srinagar was still colder that world famous ski resort of Gulmarg. Against minus 8.4 degree recorded on Thursday, the night temperature in the city was minus 7.6 degree, which is over 5 degree below normal. However, there was some relief in the afternoon due to sunshine though ice cold winds continued.

A Met department spokesperson told UNI that there will no major relief in the chilly conditions due to dry weather and open skies. “But, we don’t expect the mercury to fall beyond the temperature recorded on Thursday,” he added.

Meanwhile, in view of freezing temperature in Srinagar the Public Works Department of the district administration had applied de-icing salt to approaches of bridges in the city to prevent car skids and collisions.

Shikarawalas were finding it difficult to move through frozen parts of the Dal Lake, where Quick Response Teams (QRTs) of J&K SDRF and River Police have been deployed as a precautionary measure to prevent people from moving on the frozen lake.

An official said that the Nigeen Tourist Traders Association in collaboration with Kashmir Welfare Trust has joined hands with State Emergency Operation Centre to provide assistance by way of providing food-kits and emergency medicines to people, onboard houseboats, who are unable to move out due to frozen water.

It was in 1965 when the entire lake was frozen and a jeep crossed the frozen surface from one end to another end. In the late 80s and 90s, the frozen lake became a major attraction for tourists and locals, who used to take photographs and play cricket on the icy surface. Later, walking and playing on the frozen surface of the lake was banned and police personnel used to be deployed to prevent any accident.
Very few vehicles were seen on the roads in the morning, moving in a very low speed due to slippery conditions and dense fog in the city. However, things changed after the sun appeared, much to the delight of people though icy cold winds continued.

Majority shops and business establishments, including at historic Lal Chowk, the nerve centre of the city, reopened only after 1000 hrs. However, the “Haresa” famous winter dish in Kashmir, witnessed heavy rush of customers.

People complained of the lake of passenger transport service available in the morning and in the evening. They alleged that in the absence of public transport, three-wheelers and cabs are charging them several time extra.
People in many areas, including in the outskirts, also complained of water shortage. “Our taps were frozen due to chill,” they said and hoped that things may improve as the day progresses.