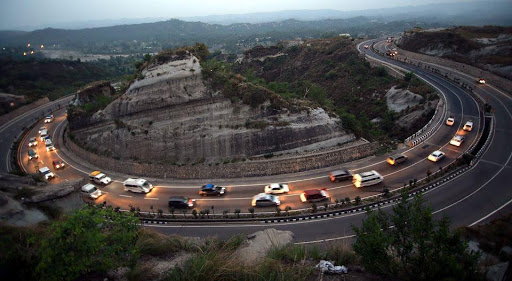 Pahalgam, Jan 14: The chilly weather conditions have further intensified with mercury settling several degrees below freezing point across Kashmir valley, where world famous health resort of Pahalgam was the coldest place at minus 11.1 degree.

Even though there was slight improvement in the night temperature, Pahalgam, about 100 km from here in south Kashmir, was the coldest place at minus 11.1 degree, which is 4 degree below normal.

The world famous ski resort of Gulmarg was the only place in the valley where the minimum temperature settled above normal. Against minus 10 degree recorded on Wednesday, the night temperature at the ski resort settled at minus 7 degree, which is about a degree above normal. “Despite chilly weather conditions due to ice cold winds, the tourists are out on ski slopes enjoying different snow related activities. All the ski slopes have been thrown open for tourists,” a hotelier from Gulmarg told UNI over the phone.

World famous Dal Lake and other water-bodies were on Thursday frozen as the summer capital, Srinagar, recorded the coldest night in 30 years after the mercury dipped and settled at minus 8.4 degree. The State Emergency Operation Centre (SEOC) Srinagar on Thursday warned people, particularly youth and children, not to walk on the frozen water of Dal Lake in the city, where hospitals have witnessed heavy influx of patients with broken bones following slipping on snow-bound frozen interior and link roads.

Very few vehicles were seen on the roads in the morning, moving in a very low speed due to slippery conditions in the city, where minimum temperature was 6 degree below normal. However, things changed after the sun appeared, much to the delight of people though icy cold winds continued. Majority shops and business establishments, including at historic Lal Chowk, the nerve centre of the city, reopened only after 1000 hrs. However, the “Haresa” famous winter dish in Kashmir, witnessed heavy rush of customers. People complained of the lake of passenger transport service available in the morning and in the evening. They alleged that in the absence of public transport, three-wheelers and cabs are charging them several time extra.

The night temperature at Qazigind, gateway to the valley, Kupwara in north Kashmir and tourist resort of Kokernag dipped and settled at minus 10 degree, minus 6.7 degree and minus 10.3 degree, respectively.