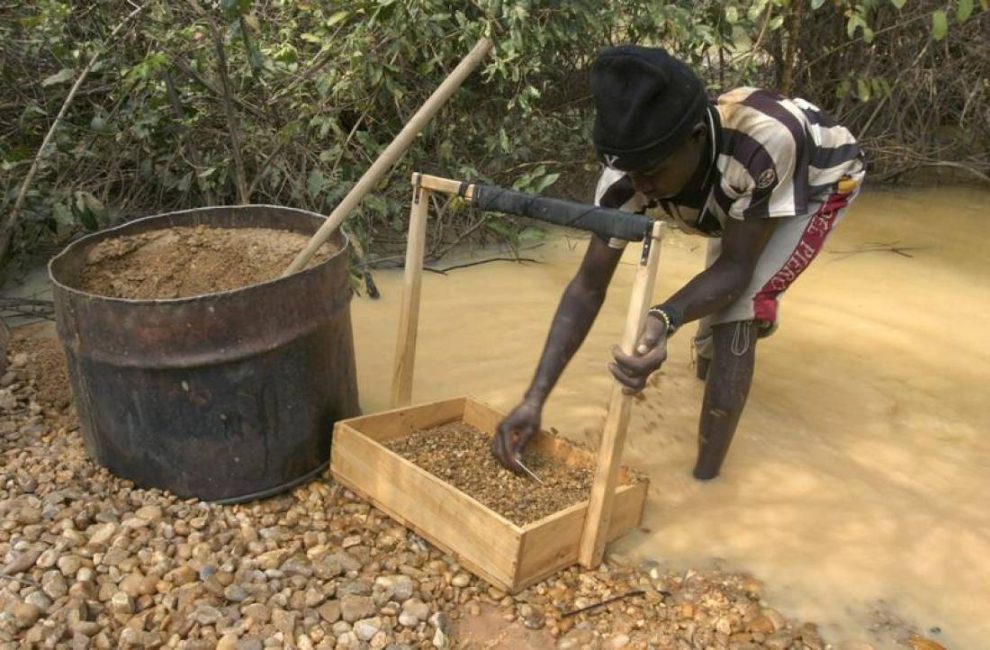 He is among a dozen children working at the open-pit mine near the southern town of Ngoto, where about 100 miners use shovels and sieves to scour the red earth for diamonds. It is back-breaking work and Papin longs to return to the classroom.

“I came here to help my big brother,” Papin, who said he was 16 but appeared younger, told the Thomson Reuters Foundation as the site supervisor looked on, the few remaining trees offering little respite from the glare.

“I prefer school. I prefer to think, here the work is too hard,” said Papin, whose name has been changed to protect his identity.

Lockdown school closures have caused a sharp increase in the number of children working at diamond mines in the war-torn country, which already had one of the world’s highest child labour rates, labour and rights advocates said.

Child labour at diamond mines increased by 50% in the months after schools were closed, according to the International Peace Information Service, an independent research service, which based its findings on the monitoring of 105 mines.

The country’s mining laws ban child labour, which is punishable by a fine and up to three years in jail, but enforcement is poor and authorities say they have minimal control over what happens in the mines.

“We know there is no way to completely eradicate this phenomenon,” said CAR’s mining minister, Leopold Mboli-Fatran.

“But we have launched a schools building programme with USAID to incentivise parents to educate their children and give them the means to do so,” he added, referring to the U.S. government’s international aid agency.

There is no reliable data for the number of children working in CAR’s mines, many of which are held by armed groups that still control more than 60% of the country.

The diamond-rich nation has been rocked by violence since 2013, when mainly Muslim Seleka rebels ousted then-President Francois Bozize, and much of the country remains beyond government control.

Thousands of people have died because of the unrest and one in five of CAR’s 4.5 million people have fled their homes.

‘THEIR PLACE IS AT SCHOOL’

Child labour in CAR’s mines has a long history.

The owner of the Ngoto mine began working at the age of seven, helping his parents who were miners too. He never went to school, but mining has ensured that his 14 children can do so, and has paid for two homes.

“I don’t want to see them in the mines, their place is at school,” said the 32-year-old owner, who asked not to be named.

“When they are in the mines they don’t think anymore, their only concern is money. I’m proud that I send two of my own children to study in Bangui,” he added.

Diamonds are among the main sources of income in the Lobaye region where the mine is located, but COVID-19 has hit exports of the precious stone.

Much of CAR’s diamond production is subject to an export ban under the Kimberley Process, a government, industry and civil society initiative to stem the flow of so-called blood diamonds, although the embargo on Lobaye was lifted earlier this year.

Miners in the region make only about $12 a week and often enlist child relatives to help because they need the extra income.

“My little brother is a big help, he’s better off here than at home with nothing to do,” said Marc, 42, a miner at the Ngoto pit who asked to be identified only by his first name. Like Papin, his brother was a minor.

Two days’ drive away in the capital, Bangui, the regional mining director, Olga Grougbe, said education was vital to tackling child labour in the country’s mines.

“You can’t punish the villagers, you need to talk to them, raise awareness,” said Grougbe, whose small team covers a huge area.

Despite the low pay, local teacher Jean-Bruno Dianekokoyen, who used to work in the diamond industry himself, said he had seen many young people leave school to work in the mines.

“Diamonds are like a lottery and it makes them crazy,” he said. “They find small stones, but they hope one day to unearth the big one, a diamond of more than five carats.”

Even if they find a valuable stone, he said, they “spend everything on useless things and are poor again”.

“Diamonds can bring riches. But mostly they bring poverty.”