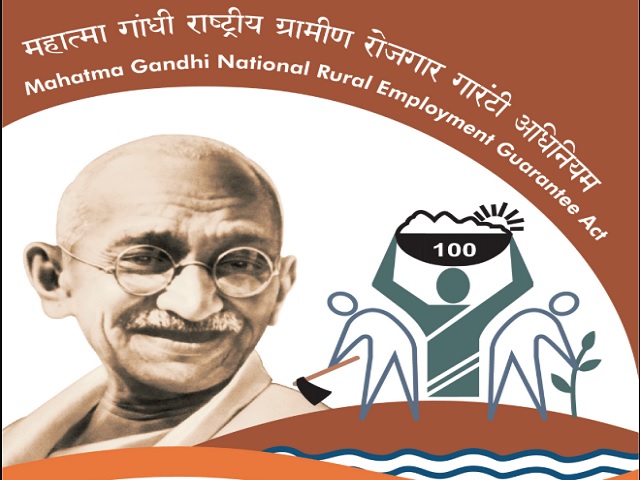 It further stated that West Bengal holds the second rank with 105 per cent, Assam and Bihar jointly hold the third rank with the achievement of 104-104 per cent of the given target and Odisha holds the fourth rank with 103 per cent completion.
In the current financial year, wages of over Rs 2617 crores have been paid to MGNREGA workers from April 2020 to February 2021, the statement further informed.

The statement further informed that the target has been achieved 100 per cent in Balrampur-Ramanujganj, 98-98 per cent in Rajnandgaon and Bastar, 96 per cent in Surajpur and 95 per cent in Narayanpur district.
The central government had sanctioned the target of providing employment of 13.50 crore man-days in the budget of the year 2020-21, the statement said.

It also informed that at the beginning of the financial year, construction works were started on a large scale with the objective to provide employment in rural areas and to strengthen the rural economy during the lockdown, as a result, 66 per cent of the target was achieved in the first three months of the year.

In view of this progress, the state government had requested the Centre to increase the given target under MNREGA from 13.5 crore man-days to 15 crore man-days in the current fiscal year, said the statement.