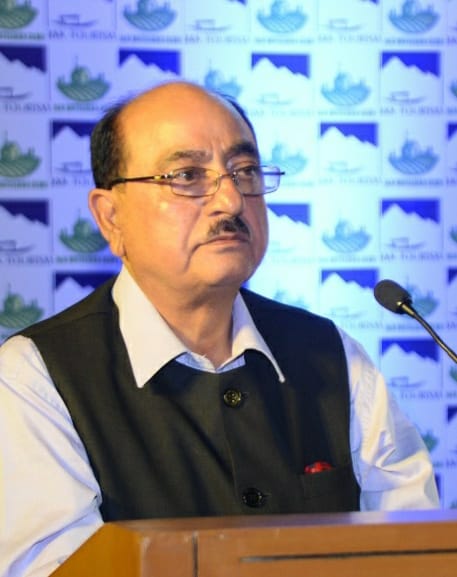 Winter festival will be major boost to tourism
Srinagar: Amid the reports of cancellation of pre-booking of hotels for tourists during the Khelo India winter games, the hoteliers association in Gulmarg and the Hoteliers Club has sorted out the issue with the authorities while terming the event as a major boost to the tourism industry.
The Khelo India winter games are to be held in Gulmarg from February 26 to 2nd March which will be attended by athletes and officials from across the country.
Khelo India Winter Games are the national level multidisciplinary grassroots winter games of India and is organised by the Winter Games Association of J&K under the support of J&K Sports Council and Ministry of Youth Services and Sports. The mega National winter event includes snow skiing, snow rugby, snow ice stock, snow baseball, snow mountaineering, snowshoe, ice hockey, figure skating and speed skating
While reports have emerged that hoteliers in Gulmarg have been asked to cancel the reservation of tourists during the winter games as hotels are to be allotted to athletes and government officials.
Hotelier Mushtaq Chaya, mentor of Kashmir chapter of PHD Chamber and Commerce and Industry said, “The winter games festival will be a major boost to tourism here in the valley as athletes and officials from across the country will be part of the tournament. Such events can be a game-changer for the tourism industry and will provide a platform to host more games in Gulmarg or in other parts of the Kashmir”.
He added that the issue with regarding the booking hotels and other logistics has been sorted out with the government as we are looking forward to doing our part in making the tournament mesmerizing. While we will do everything to accommodate the athletes and officials as we are thankful to the government for hosting such events at Gulmarg.
Meanwhile, the administration in Baramulla has said that they have not issued any order of cancelling the booking in Gulmarg.
Deputy Commissioner Baramulla while speaking to news agency said, “No new order has been issued to cancel the bookings in Gulmarg. We have not issued any order, and earlier order has been cancelled, however, it is a big event for which rooms are required for athletes and officials.”
Special Secretary to the Government for Tourism Sarmad Hafeez (IAS) told news agency that no such orders have been issued and all arrangements are in place to host the Khelo India Winter National Games at Gulmarg. “Tourism Department is in full coordination with Hoteliers in Gulmarg and Sports council to facilitate the mega winter event, all associated stakeholders are in full enthusiasm to host the event”, he said.