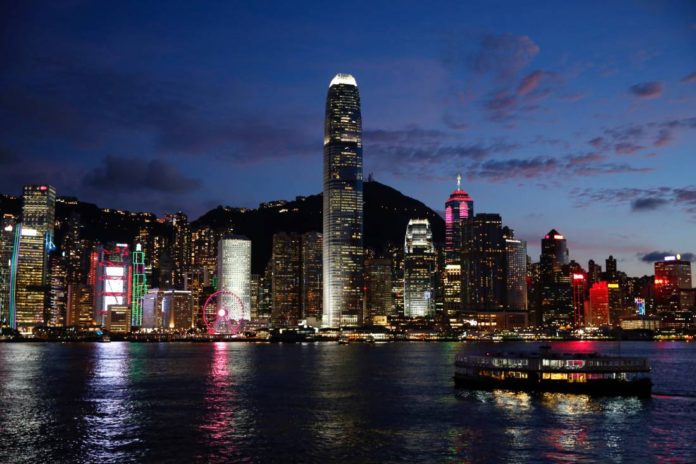 BANGKOK: Hong Kong property developer Ivan Ko has been in the news recently for his proposal to build so-called international charter cities for hundreds of thousands of Hong Kong residents who wish to move from the former British colony.

Ko has been in talks with several countries including Ireland following fears a new security law is ushering in a more authoritarian era for China’s freest city, and his Victoria Harbor Group has been scouting for potential sites that can accommodate Hong Kongers.

So what exactly are charter cities and can they solve some of the world’s most pressing problems including uneven development, income inequality and migration, as some economists and investors believe?

WHAT IS KO’S PLAN FOR CHARTER CITIES?

Ko plans to create international charter cities in developed countries where Hong Kongers can move and enjoy a life of freedom while using their skills and capital to contribute to the host country.

These would be in democratic and free countries, where Hong Kongers can create a charter with family-friendly and environmentally-conscious principles, he said.

Ko said he has been talking to the governments of Ireland and others, and would like to secure land – from 50 sq km to 200 sq km – for the first such city within the next six months, then start planning and building next year.

He said they would like to develop one to two such cities in the next two to three years.

A survey last year found that more than 40% of Hong Kongers wished to emigrate from the city of 7.5 million people.

“Our proposed city will align with the long-term development plans of the host country and contribute to its goals,” Ko told the Thomson Reuters Foundation.

“Our objective is to provide an opportunity for Hong Kong people to build a harmonious community in the free society of the host country, if they so choose.”

ARE CHARTER CITIES A NEW CONCEPT?

No; they date back to at least the 17th century, when William Penn was given a large tract of land – what is modern-day Pennsylvania – by the king of England, and he drafted a charter guaranteeing freedom of religion, freedom from unjust imprisonment and free elections.

The concept gained fresh momentum when economist and Nobel Prize laureate Paul Romer, in a 2009 TED talk, outlined his vision for charter cities that could attract investors and migrants and become economic powerhouses for developing nations.

WHY ARE CHARTER CITIES NEEDED?

Worldwide, more people are on the move than ever before.

There are some 272 million international migrants globally, according to the United Nations, moving for jobs, and to escape poverty, violence, conflict and climate change.

Many more want to move. Polling firm Gallup’s 2018 survey showed that 15% of the world’s adults – or more than 750 million people – said they would like to move to another country if they had the opportunity.

There is also a push to create so-called refugee cities for displaced people.

Charter cities, which are mostly aimed at foreign investors, have the potential to lift tens of millions of people in developing countries out of poverty, according to the consultancy Charter Cities Institute, which said it has seen a “surge in interest” over the last two months.

HOW WOULD THEY WORK?

As Romer put it, the host country and investing nations would draw up a charter with rules for investors, companies and residents.

The city would be built on uninhabited or acquired land, with affordable housing and good quality, sustainable amenities, that can be scaled up and replicated elsewhere easily.

Romer said dozens, if not hundreds of such cities could be built in developing countries that need investment, and where people looking for better opportunities can choose to move to.

“Every family should be able to decide where they want to live and work, and they should have at least a handful of cities to choose from,” Romer said, adding that it would also stop the desperate and dangerous migration that people have to resort to.

ARE THERE SUCCESSFUL EXAMPLES OF THIS MODEL?

Romer was invited by the governments of Madagascar and Honduras to help set up charter cities to boost investment and create employment opportunities.

Honduras amended its constitution and passed a law in 2013 to create zones for economic development and employment (ZEDE), which can set their own budgets and taxes.

But the charter cities in both countries failed to take off for various reasons, including challenges acquiring land, and change of government.

Human rights campaigners have said these zones were a new form of colonialism, a charge that Romer has denied, saying there was “no coercion or condescension”, and that everyone was free to choose.