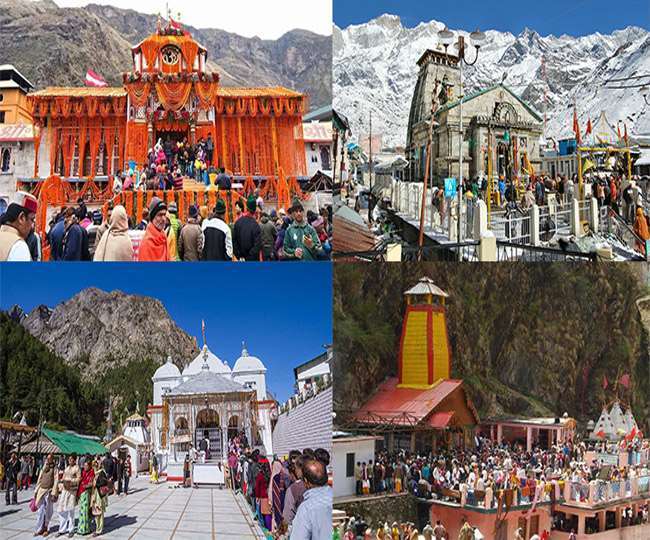 Uttarakhand government on Friday announced that it will issue a new set of guidelines for Chardham Yatra pilgrims from three districts of the state. The three districts are – Chamoli, Rudraprayag and Uttarkashi.

The announcement has come after the Uttarakhand government allowed the state residents to undertake the Chardham Yatra from July 1.

While talking to media, Uttarakhand govt spokesperson Subodh Uniyal confirmed, “Uttarakhand Cabinet has decided to issue guidelines for Chardham Yatra for pilgrims from Chamoli, Uttarkashi and Rudraprayag districts from July 1.”

He also mentioned that the state government will take all necessary steps to follow COVID-19 protocols, and will ensure that priests are vaccinated against COVID-19.

The four pilgrimage sites in Uttarakhand are Badrinath, Kedarnath, Yamunotri and Gangotri.

Initially, the yatra will be opened for residents of Chamoli, Uttarkashi and Rudraprayag districts with a cap on the number of pilgrims to visit the temples daily.

Bringing a negative RT-PCR/Rapid Antigen test report will be mandatory for every pilgrim and the standard operating procedure (SOPs) to be followed by pilgrims while visiting the temples will be issued separately, Uniyal said.

On being asked about whether the Chardham yatra will open for pilgrims from across the state, he said it will depend on the overall COVID situation.

“We have taken into account the predictions about the third wave and the Delta mutant of the pandemic before we go ahead with the decision to open the yatra for the whole of the state,” the official added.

As per the data of the Ministry of Health and Family Welfare (MoHFW), Uttarakhand has 2,627 active cases.