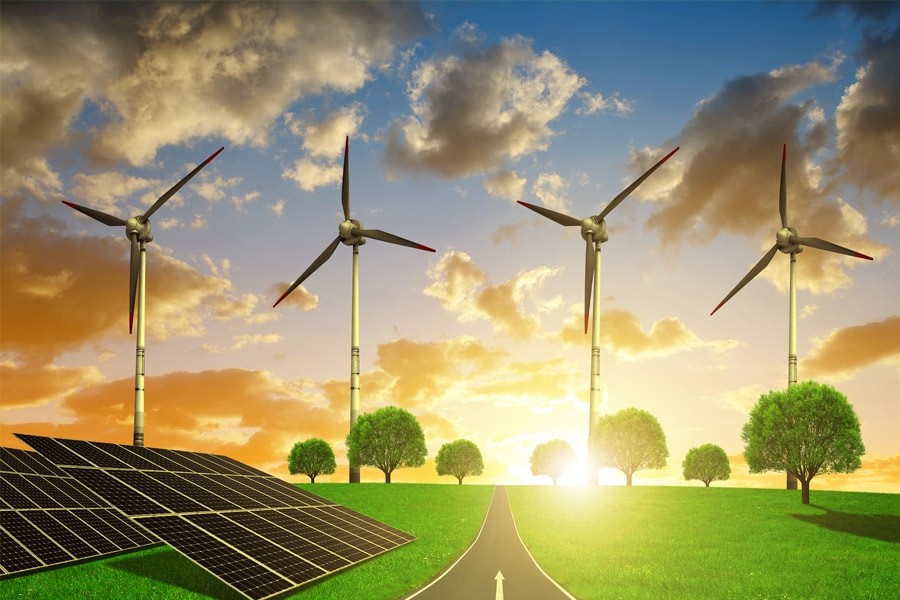 Energy efficiency has been in sharp focus for quite a few years and there have been global pressures on countries to adopt new technologies. Several measures have been taken by India but considering the challenges before the country additional efforts are certainly required. Also to ensure that pollution levels are effectively tackled, strict monitoring by government agencies as also awareness generation at all levels need to be expedited at a faster rate.

On the one hand while experts have repeatedly opined that renewable targets are quite laudable, on the other the area of concern is that fossil fuel generation has been increasing. Some plants are yet to be modernised in tune with technological developments. The lack of control by environmental agencies and/or municipal authorities leads to such plants emitting more fumes and polluting the environment, thereby affecting large sections of population.

The scenario in the transport sector may appear encouraging theoretically with Bharat-VI vehicles being sold presently and sufficient awareness in metros and big cities. But the case is completely different if one travels to small cities through highways. The highly polluting trucks are amply evident, emitting fumes, obviously because these vehicles have not passed pollution checks in a fair and honest manner. On the Indian roads, these vehicles are not penalised by the police as these should be, perhaps of sheer laxity and proper instructions from higher authorities.

Though in recent times, the manufacture of electric vehicles have increased at a rapid pace, promotional campaigns and benefits of  use of such vehicles are not taken up effectively, either by the manufacturer or the government. Even in the metros and big cities, most educated people are not well versed about these e-vehicles and why these need to be used extensively, both for personal benefit as also for the community.

Recently at the launch of electric two-wheelers at Kolkata of a well-known company at its manufacturing facility in Pune, the business head observed that it has inducted state-of-the-art techniques which have made the price of each product cost effective as also safe, lightweight and sturdy. However, he admitted that keeping in view the potential of such vehicles, there is need to make people aware and conscious of the benefits of its use. Meanwhile, the Union Road Transport and Highways Minister Nitin Gadkari informed at a recent meeting that the US electric vehicle major Tesla will start operations in India this year, while Mercedes-Benz was also keen to launch its electric truck in the country.

Thus, along with increasing use of electric vehicles, use of electric furnaces in industry, use of electric conduction cooktops instead of fuel-based stoves and obviously use of renewables to provide clean power is the need of the day. The need for all-round energy efficiency through the above measures as also usage of LED light bulbs instead of incandescent bulbs helps to a greater extent. Besides, we need new consumer incentives such as demand response interventions by utilities distributing electricity.

Experts believe that such transition does not require huge technological breakthroughs; it needs that there is use of energy efficient appliances and mix the renewable power we have. The transition to renewables would obviously save lives and protect us from the looming environmental crisis that is becoming severe with every passing year.

Meanwhile, while renewable targets may be exceeded in the coming two years, there are other encouraging developments that the government has taken. Recently, the Union Petroleum and Natural Gas Minister Dharmendra Pradhan planned a $60 billion investment for creating gas infrastructure in the country till 2024 and the share of gas in the energy mix is expected to rise to 15 per cent by 2030 or even earlier. “We are ushering a gas-based economy by increasing the share of natural gas in India’s primary energy mix”, he stated.

In this connection, it may be mentioned there is good news emanating from Asokenagar-1 well in the Bengal basin in 24 Paragana district in West Bengal, 47 km from Kolkata. Oil and gas has been found there which some experts believe is of better quality than the Bombay High. Oil and Natural Gas Corporation (ONGC) had been exploring the State for the past six years, pouring in Rs 3358 crore in the process, and the field appears to have more natural gas reserves than oil. It is understood that three more wells would be drilled here by January 2022. And other than cleaning up environment, it should help increase prosperity and local employment in the State.

Another significant development has been the government’s decision to substitute Rs 8 lakh crore of petroleum products with ethanol made from surplus sugar, rice and corn. According to Union MSME Minister Ntin Gadkari, the Centre is mulling over a policy that can diversify surplus agricultural produce towards the energy and power sector. Such a policy would help reduce imports though production of ethanol on such a large scale would need specialised industrial units which the Centre would have to formulate.

The changing energy mix that has been envisaged in the coming years has to be taken seriously and action plans, encompassing all sectors evolved for the coming five years, say till the year 2025. Whether in industry or in agriculture, whether it is water, air or soil pollution, the approach has to be different. For example, there is need to change from industrial farming to regenerative agriculture and this is being advocated by experts, not just in our country but across the globe.

The looming environmental crisis with increasing emissions, whose reports from various studies are frequently being aired in India and elsewhere, can only be tackled if energy usage is effectively managed. Moreover, the need to bring about a drastic change through a green outlook is imperative at this stage for achieving a sustainable developmental outlook. Finally, one may refer to the UN Climate Disaster Report, where global fossil fuel production needs to decline 6 per cent every year for the next decade for a 1.5°C rise in temperatures. Even for a 2°C rise, it needs to keep decreasing 2 per cent year-on-year. An important recommendation has been that the rich countries are expected to support developing countries so that these can leapfrog the fossil fuelled development path taken by developed nations and enter the green path, which is sustainable and ever-lasting. A sustained reality check would aid climate change watch.