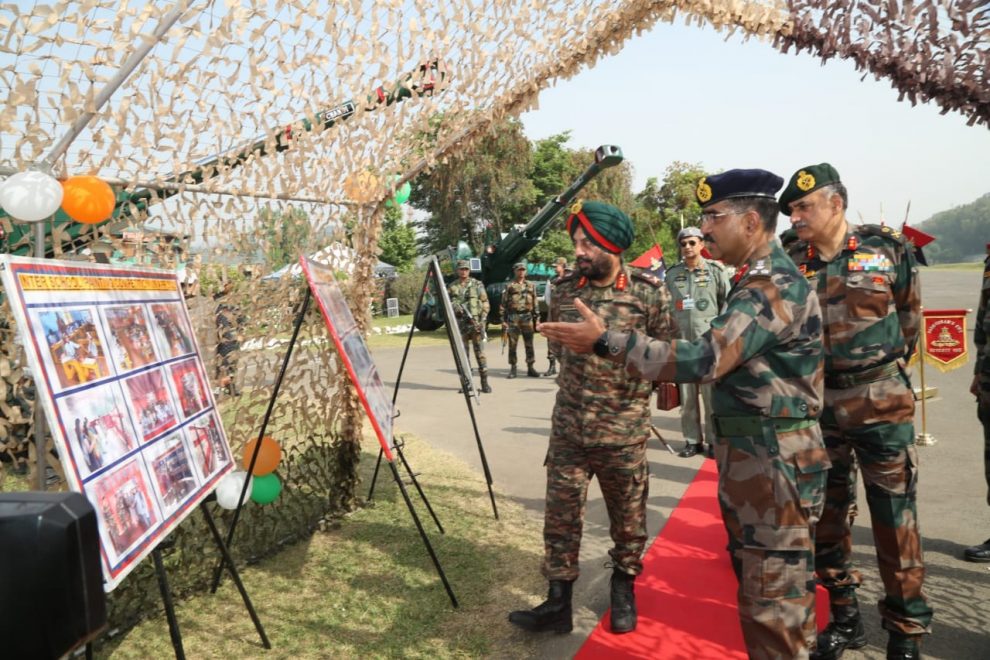 RAJOURI: The army in Jammu Wednesday said that the change of guard in Pakistan will not affect the security situation along the Line of Control (LoC) in J&K as the troops were in full control to ensure no infiltration attempt succeeds.

Talking to reporters on the sidelines of Rajouri Day—also marked as “Rajouri Festival”, General officer commanding of army’s 16 Corps, Lieutenant General Majinder Singh said that the change of guard in Pakistan was an internal matter of Pakistan. “I don’t think it will impact the situation on LoC. Our troops are maintaining highest level of alert and our concern is to ensure no infiltration bid takes place,” he said, while replying to a query that the change of guard in Pakistan, where Shahbaz Shareef has taken oath as new prime minister after Imran Khan lost to vote of no confidence motion in the national assembly.

The GoC 16 Corps said that as the snow has started melting and passes are becoming open, there are chances that militants may try to sneak in to disrupt the peace. “Number of militants at the launch pads across LoC is based on the assessment. Our inputs suggest that there is just a slight variation, if we compare the figures with 2020 and 2021, but the figure is not alarming,” he said.

About drone activity in the Jammu region, the army officer said that drones are being largely used to drop weapons and drugs. “Majority of drone activity has taken place on the International Border, where BSF is effectively dealing with it. On the LoC, there has been no major drone activity in Jammu,” GoC Singh said.

About the grenade lobbing incidents in Jammu and Rajouri areas recently, the GoC said that some misguided youth are being used for sporadic incidents of grenade lobbing. “The army along with the local population will tackle this and ensure that those misguided join the path of peace,” he said, adding that the army will try to ensure that Rajouri festival is brought on the national calendar and celebrated with the participation of people across the country—(KNO)

11 persons including seperatist leader Abdul Inqulabi booked under PSA in Bandipora
Facilities being set up to encourage women participation in governance, business in J&K: LG
Comment