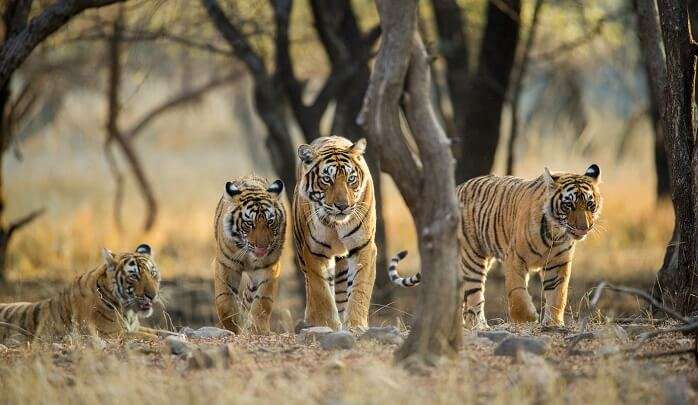 SRINAGAR, June: The Centre has come up with a draft proposal to declare 137.75 square kilometres around Dachigam national park, Thajwas(Baltal) and Overa- Aru wildlife sanctuaries as eco-sensitive zone.

In a notification, a copy of which is with news agency—Kashmir News Observer (KNO), the Union Ministry of Environment, Forests and Climate Change has proposed that the eco sensitive zone shall be of 137.75 square kilometers with an extent 0 (zero) to 9.90 kilometers around the boundary of Dachigam National Park, Thajwas (Baltal) wildlife sanctuary and Overa-Aru wildlife sanctuary.

“The zero extent of the eco-sensitive zone is towards the South and South-West side of Overa-Aru Wildlife sanctuary as the Eco-Sensitive Zone boundary passes along the important tourist destination of Pahalgam and Nunwan Camp, the base camp of the famous annual pilgrimage Amarnath Yatra. Further, the Pahalgam area is under high demand for tourist infrastructural development and is notified under the Development Act as the local area for Pahalgam Development Authority. Also, the area has sizeable resident population and infrastructure,” reads the notifications.

The Central ministry has asked the public to submit its suggestions over the proposal within 60 days.

These protected areas hold a significant population of some of the important/endemic species of animals, birds and vegetation. “The eco-sensitive zone proposed makes these areas as one unit and will help gene flow across these areas to flourish biodiversity,” the notification states.

Spread over 141 square kilometres, Dachigam was notified as a national park on April 10, 1990.

The park is located at a distance of 21 kilometre from Srinagar city. It is famous for harbouring the last viable and endemic population of Hangul (Kashmir red deer), the only abode left in South-East Asia. It has the prestige to be the recipient of the award for the best managed national Park in the country.

Notified as a wildlife sanctuary on March 19, 1987, the Thajwas (Baltal) Sanctuary is spread over 203 square kilometres. The main faunal attraction of this area is the Kashmir Musk deer (Moschus cupreus) and Himalayan brown bear (Ursus arctos).

Spread over 425 square kilometres, the Overa- Aru wildlife sanctuary was notified on March 19, 1987.

The forests of Overa-Aru sanctuary are blessed with a number of lakes and glaciers, which happen to be invaluable sources of water, feeding numerous streams that flow down into the villages situated near the periphery.

The draft notification proposes that all  new and existing mining (minor and major minerals), stone quarrying and crushing units shall be prohibited with immediate effect except for meeting the domestic needs of bona fide local residents including digging of earth for construction or repair of houses within the  eco- sensitive zone.

It also states that new industries and expansion of existing polluting industries in the eco-sensitive zone shall not be permitted.

But the notification states that non-polluting industries shall be allowed within eco-sensitive zone as per classification of Industries in the guidelines issued by the Central Pollution Control Board in February, 2016, as amended from time to time.

The notification also proposes a ban on setting up of new saw mills, brick klins, and establishment of hydroelectric projects within ESZ.

It also states that no new commercial hotels and resorts shall be permitted within one kilometer of the boundary of the protected area or up to the extent of eco-sensitive zone, whichever is nearer.

“Provided that, beyond one kilometer from the boundary of the protected area or up to the extent of eco-sensitive zone whichever is nearer, all new tourist activities or expansion of existing activities shall be in conformity with the Tourism Master Plan and guidelines as applicable,” the notification reads.

According to the notification, a 22-member committee for monitoring implementation of eco-sensitive zone notification shall be headed by divisional commissioner, Kashmir.

The deputy commissioners of Srinagar and Ganderbal , Anantnag, Pulwama will be among its members—(KNO)