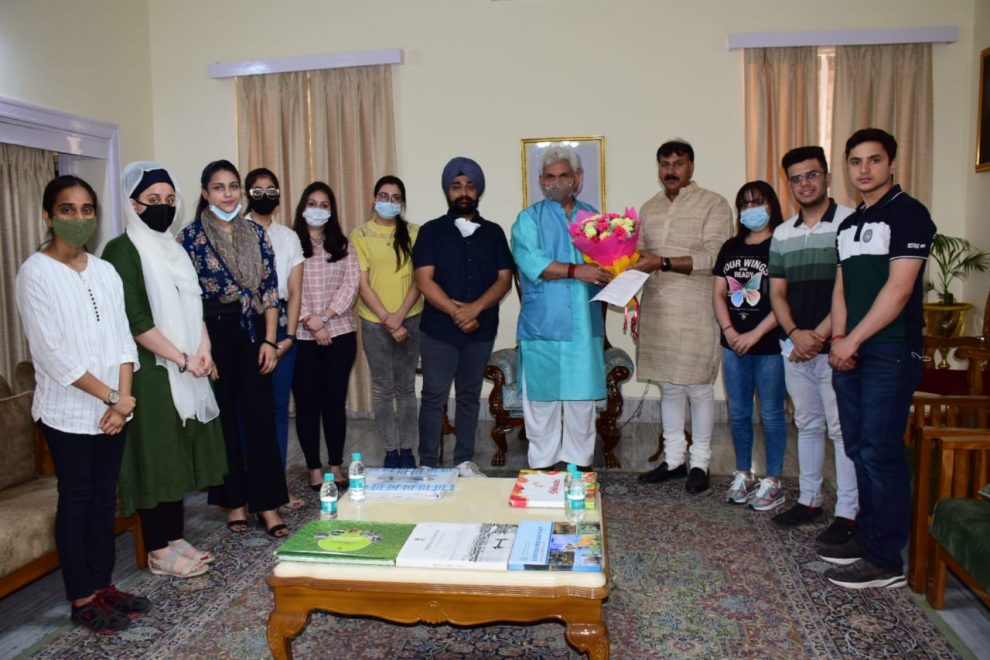 The Dispatch Staff
Add Comment
Sinha was interacting with a group of MBBS students of the union territory, who have returned from Ukraine, at Raj Bhawan here.

Jammu: Jammu and Kashmir Lt Governor Manoj Sinha on Monday said the Centre and his administration are deeply concerned about the future of students evacuated from war-hit Ukraine and working on a policy to facilitate completion of their studies in the country.
Sinha was interacting with a group of MBBS students of the union territory, who have returned from Ukraine, at Raj Bhawan here.Met MBBS students of UT who have returned from Ukraine at Jammu Raj Bhawan. Assured the students that GOI & UT govt is deeply concerned about their future and working on a policy so they can complete their studies in the country, he tweeted and shared a picture with the students who included both boys and girls.

A BJP spokesperson said the group of students was led by party secretary Arvind Gupta and submitted a memorandum expressing gratitude for the concern shown by the government for their evacuation from Ukraine.

Through the memorandum, the spokesman said they expressed their gratitude towards Prime Minister Narendra Modi for the successful conduct of Operation Ganga’, which led to the safe return of Indian students who were struck in Ukraine after the Russian invasion.

The students also expressed their gratitude towards Sinha for the unconditional support in managing the crisis, he said.

They were also thankful to the local administration for working as a bridge between parents and the government, the spokesman said.

He said the students shared their worries about future studies due to the prevailing situation in Ukraine and requested the Lt Governor to help them to continue their studies in India.