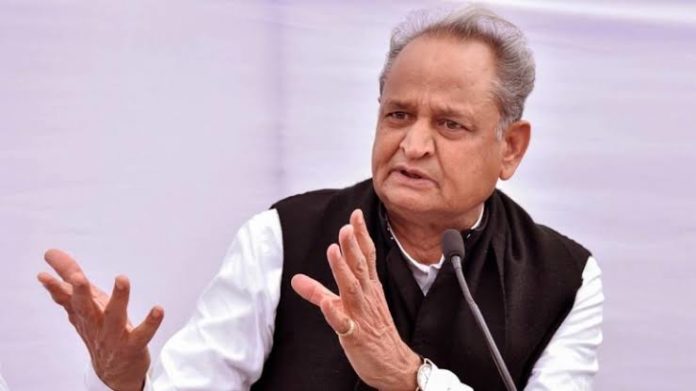 Rajasthan Chief Minister Ashok Gehlot on Thursday said that the central government should take a decision to repeal the controversial Citizenship (Amendment) Act, 2019.
“Citizenship (Amendment) Act, 2019 has shaken the entire country. Students in universities are protesting, people have come out on roads. I believe that that Act was not required,” Gehlot told media here. “Earlier also I have said that that this is not going to be implemented practically, but the people in power are unable to understand public sentiments. I believe that there should be no arrogance and the government should take a decision to repeal it (Act),” he added.
The Act grants citizenship to Hindus, Sikhs, Jains, Parsis, Buddhists and Christians fleeing religious persecution from Pakistan, Afghanistan and Bangladesh who came to India on or before December 31, 2014.
Besides the Citizenship (Amendment) Act, 2019, Gehlot also criticised the central government over the economy and said that they are only concerned about the agenda that they have made.