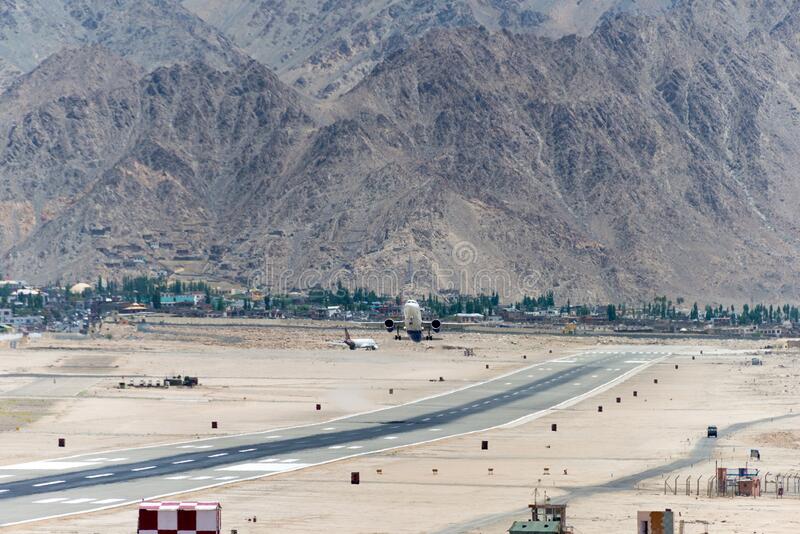 Jammu: The proposal for construction of more airstrips in arid region of Ladakh, which faces the major challenge of poor road connectivity, has grounded before its take-off as a multi-disciplinary team from Airports Authority of India (AAI), Indian Air Force and Directorate General of Civil Aviation (DGCA) refused to give clearance to six sites identified for new airstrips.

The high-level multi-disciplinary team of AAI, IAF and DGCA visited six identified sites at Turtuk (Nubra valley), Diskit (Nubra Tehsil), Nyoma, Padum/Zanskar, Wakha and Kargil last year for examining feasibility of these sites for construction of airstrips and concluded that none of these sites was feasible for construction of new airstrips which are also important from strategic point of view.

These new air links would have not only boosted tourism but could also serve as vital assets for the armed forces and would help deliver quick relief during natural disasters.

“The multi-disciplinary team has the viewpoint that none of the site meets the International Civil Aviation Organization (ICAO) provisions or DGCA guidelines for designing of Runway and Instrument Approach and Landing considering normal air operations,” sources said, adding “the proposal has now been shelved”.

“Now, an expert team from ICAO in collaboration with the officers of AAI has been assigned the task of carrying out the feasibility study for commercial operations at the existing Kargil airport which is under the Ministry of Defence (Indian Air Force),” sources said.

“Accordingly, AAI, the Implementing Agency, identified and awarded one airport in Ladakh namely Thoise, for up-gradation and operation of RCS flights under UDAN. Despite the fact that Airports and airstrips situated in Ladakh, inter-alia, are defined as priority areas, none of the airline bidders has submitted a proposal to operate a heliport route till the completion of four rounds of bidding conducted under UDAN in Ladakh so far,” sources added.