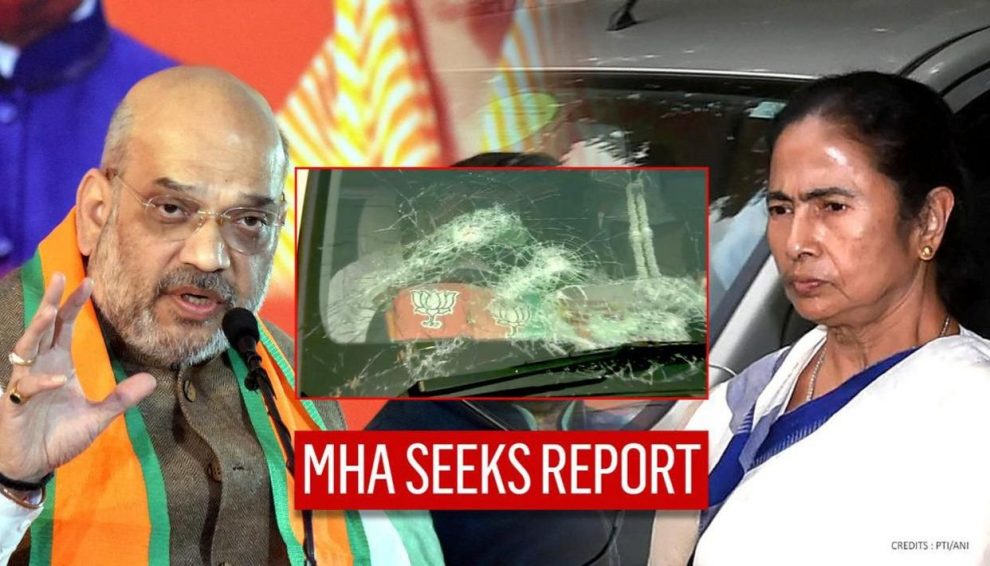 The Centre has sought a report from West Bengal government on law and order situation in the state following an attack on BJP President JP Nadda’s convoy allegedly by Trinamool Congress workers. The Centre sought the report from the state government after BJP state unit chief Dilip Ghosh wrote to Home Minister Amit Shah alleging serious security lapses during the BJP president’s visit. The convoy of BJP leaders including Mr Nadda, Mukul Roy, Dilip Ghosh, Kailash Vijayvargiya was attacked with stones, bricks and glass bottles yesterday. A number of cars, including that of Mr Vijayvargiya and Dilip Ghosh, were damaged in the attack. Since Mr Nadda’s vehicle was bullet proof, he did not suffer any injuries.

Home Minister Amit Shah has condemned the attack saying that the Centre is taking this incident very seriously. In a series of tweets, Mr Shah said, the state government will have to answer to the peace loving people of West Bengal for this sponsored violence. He alleged that West Bengal has entered into an era of anarchy and darkness under TMC rule. Mr Shah said the way political violence has been institutionalised in the state during TMC rule is sad and worrisome for people who believe in democratic values.

Mr Nadda said that the change has already arrived in West Bengal and it is just a matter of time that the lotus will bloom in this Sonar Bangla.