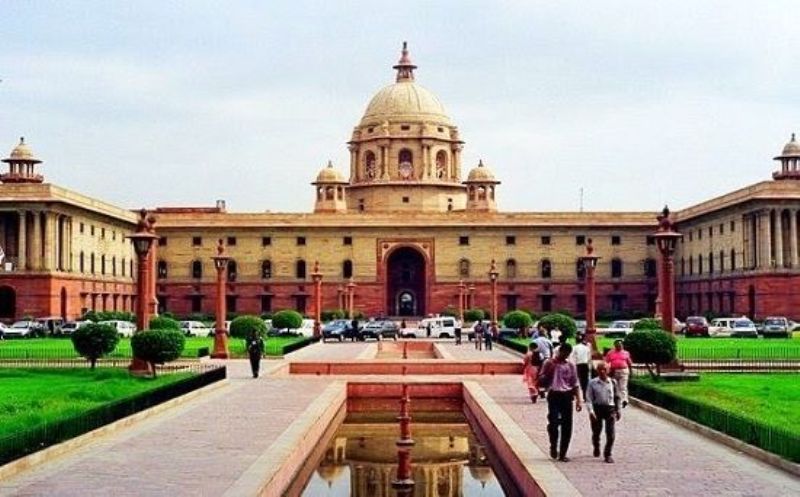 The Dispatch Staff
Add Comment
The Union Ministry of Home Affairs has accepted the resignation of Farooq Khan who, as per sources, could get responsible post in Jammu and Kashmir BJP as he was affiliated with the party before being made the Administrator of Lakshadweep.

Jammu: As Lieutenant Governor of Jammu and Kashmir Manoj Sinha left with only one advisor, the central government has expedited the process for a new advisor.

The Union Ministry of Home Affairs has accepted the resignation of Farooq Khan who, as per sources, could get responsible post in Jammu and Kashmir BJP as he was affiliated with the party before being made the Administrator of Lakshadweep.

Highly placed sources said that the Central Government is considering the appointment of one Advisor to the Lieutenant Governor as a replacement of Farooq Khan.

“Various names are under consideration,” they said, adding the new Advisor is likely to be non-local.

The name could be finalized shortly as presently Manoj Sinha has just one Advisor—Rajiv Rai Bhatnagar and he is already looking after a number of Government Departments.

Earlier KK Sharma as an Advisor was appointed as the State Election Commissioner (SEC) while K Skandan, K Vijay Kumar and Khurshid Ganaie have left the job.

However, for the past quite some time, the Lieutenant Governor was having only two Advisors–Farooq Khan and Bhatnagar.

Farooq Khan had resigned on Sunday after meeting BJP national president Jagat Prakash Nadda and BL Santosh, general secretary (organizations) amid reports that he could rejoin the BJP and given important post in J&K unit of the party ahead of Assembly elections in the Union Territory.

Khan had joined the BJP in 2013 after retirement as Inspector General of Police and was later appointed as Administrator of Lakshadweep island. He was then posted as Advisor to Governor Satya Pal Malik and continued as Advisor to the Lieutenant Governor after bifurcation of special status of J&K and division of erstwhile State into two Union Territories of J&K and Ladakh.

“This is to inform that your resignation from the post of Advisor to the Lieutenant Governor of the Union Territory of Jammu and Kashmir has been accepted by the competent authority with immediate effect,” an order issued by Manish Tiwari (Joint Secretary) Department of Jammu, Kashmir and Ladakh Affairs in the Ministry of Home Affairs, said.

A copy of the acceptance of resignation letter has been sent to Farooq Khan, the Chief Secretary J&K and the Principal secretary to the Lieutenant Governor.

In his resignation letter addressing to the Union Home Minister, Farooq Khan referred to request made by him in person to Amit Shah about his intentions to join politics and work for upliftment and welfare of the people of Jammu and Kashmir, albeit in a different role.

“I am deeply honoured by the confidence reposed in me by the Government of India while appointing me first as the Administrator, UT of Lakshadweep in 2016, later as Advisor to the then Governor Jammu and Kashmir State in July 2019 and thereafter reaffirming the same faith by designating me as Advisor to successive Lieutenant Governors of the UT of J&K till date,” Khan said in his resignation letter dated 20th March, 2022.

“In keeping with our discussions, I request your good-self to kindly relieve me of my current duties/responsibilities as Advisor to the Lieutenant Governor of J&K at your earliest convenience so as to enable me to pursue my intentions of serving the people of Jammu and Kashmir through the medium of politics,” Khan said.