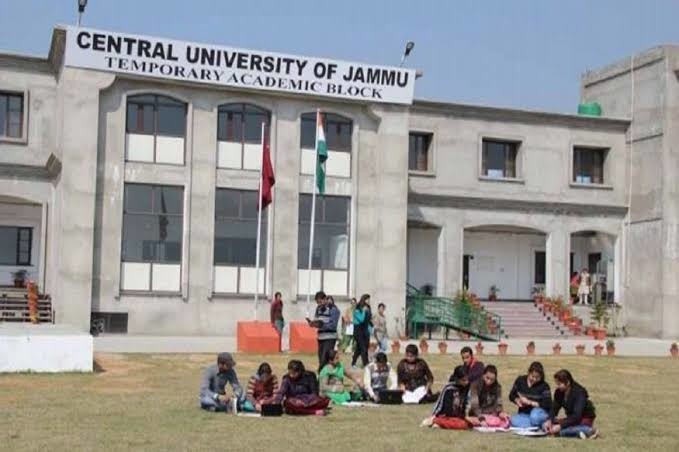 The Dispatch Staff
Add Comment
In October 2018, the Indian Space Research Organisation (ISRO) had signed a Memorandum of Understanding (MoU) with the Central University of Jammu to set up the centre with facilities for geospatial data analysis, that will help in sustainable use of natural resources and plan land-use patterns.

Jammu: Union Minister Jitendra Singh on Saturday inaugurated the Satish Dhawan Centre for Space Sciences at the Central University of Jammu here, saying the first course with an intake capacity of 60 students will start this year.

The Minister of State in the Prime Minister’s office termed the inauguration of the centre a historic day for north India.

In October 2018, the Indian Space Research Organisation (ISRO) had signed a Memorandum of Understanding (MoU) with the Central University of Jammu to set up the centre with facilities for geospatial data analysis, that will help in sustainable use of natural resources and plan land-use patterns.

The centre has ground-based observations for atmospheric studies, research lab for astrophysics, atmospheric sensing and glacier studies lab for better use of large quantities of water stored in the form of seasonal snow, ice and glaciers in the rivers of north India.

This is a historic day not only for Jammu but for entire north India because space technology was restricted to south India. Under the leadership of Prime Minister Narendra Modi, on one hand, the unlocking of space for private players was ensured, and on the other, a decision was taken why not to open space technology institutions in other parts of the country, the Union minister told reporters after inaugurating the centre.

Singh, who also inaugurated the conference Frontiers of Space Technology and Applications for Humanity’, said that at his suggestion, the centre was named after the former chairman of ISRO as he was a resident of Jammu and Kashmir, and a real pride of the Dogra community.

He (Satish Dhawan) went to Bangalore (now Bengaluru) from here and it was because of him that the headquarters of space research was set up in Bangalore and not Delhi as he was working on several important projects, Singh said.

The Union minister said this is only the second teaching institute of its kind in the country, the first being situated in Kerala’s Thiruvananthapuram.

We will start the first course this year and the intake capacity will be 60 seats. The selection criteria will be IIT-JEE so that there will be no allegations of discrimination or anything else, he said.

Singh said the start-up programme has picked up in a big way in south India but has not progressed here as expected as government jobs have got deeply rooted in the mindset of the people.

The new avenues provided by PM Modi are more lucrative than government jobs and we need to reach out to the people, the minister said, adding the new avenues like drones and space technology have made inroads in every sector, including housing, smart cities, railways and highways.

Asking the youth to become self-reliant, he said, The purple revolution started by IIIM Jammu (Council of Scientific and Industrial Research Indian Institute Of Integrative Medicine) is spreading fast across the country. Jammu has a lot of potential for diary and space technology.

Purple Revolution is Jammu and Kashmir’s contribution to start-ups India. Also called Aroma Mission’, it was launched by the Union Ministry of Science and Technology through the Council of Scientific and Industrial Research.