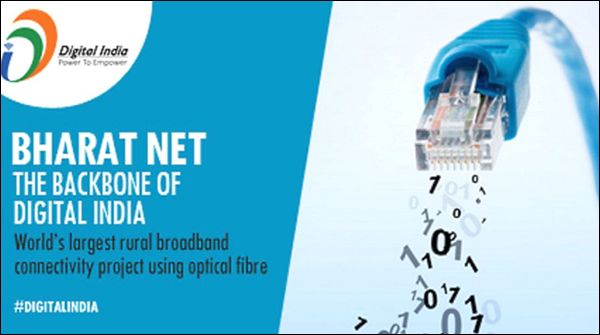 In a boost to the Digital India initiative, Finance Minister Nirmala Sitharaman on Monday announced an additional outlay of over Rs 19,000 crore for the BharatNet project, which aims to reach broadband to every village through the PPP model. This project will enable the expansion of BharatNet broadband connectivity to all remaining villages.

Prime Minister Narendra Modi on the occasion of Independence Day last year announced broadband connectivity in 1,000 days in all inhabited villages. Out of 2.5 lakh gram panchayats, 1.56 lakh gram panchayats have been made ready for service by 31 May 2021.

“1,56,223 gram panchayats are now ready for service. The rest is to be extended to the same facility, so an additional Rs 19,041 crore is being provided to meet the target of 1,000 days. This is a new amount that I am announcing. The total cost of the project with BharatNet is Rs 61,109 crore. We should be able to complete the work with this amount” said Finance Minister Nirmala Sitharaman.

Under the project, BharatNet is to be implemented in the PPP model in 16 states (bundled in nine packages) on a viability gap funding basis. An additional Rs 19,041 crore is being made available for the project.

The total outlay will now be Rs 61,109 crore including an amount of Rs 42,068 crore, that already sanctioned in 2017. This will enable the expansion and up-gradation of BharatNet to cover all Gram Panchayats and inhabited villages.

The second and final phase of the BharatNet project was launched in 2017. Under this project, the government aims to connect 1.5 lakh panchayats through an additional 10 lakh km of optical fibre and provide bandwidth to telecom companies at an affordable cost of about 75 per cent cheaper price for broadband and wifi services in rural areas.