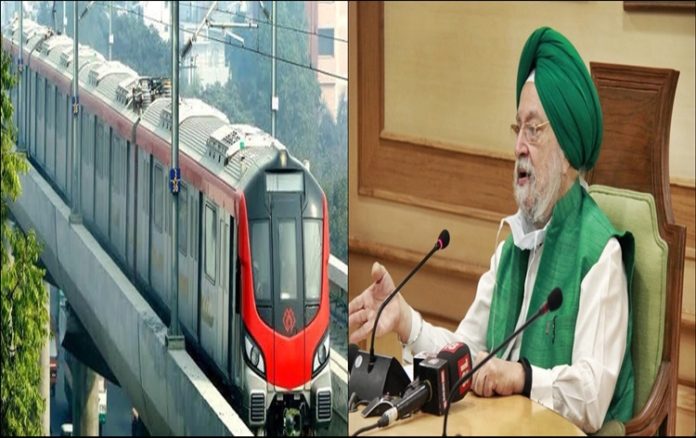 Daily hours of operations may also be staggered initially and these will be increased gradually as we go along with the resumption of full revenue service by 12th September. The frequency of trains will also need to be regulated to avoid passenger overcrowding at stations and in trains. In the first stage, Delhi Metro services will operate in two shifts, from 7 to 11 AM and from 4 to 8 PM. Normal operations will start from the 12th of this month. Metro Stations and entry-exit gates in containment zones will be closed. In order to ensure social distancing, suitable markings at stations and inside trains must be done.

Wearing of face mask is mandatory for all passengers and staff. Metro rail corporations may make arrangements for supply of masks on payment basis to the persons arriving without masks. Only asymptomatic persons will be allowed to travel after thermal screening at entry into the stations. Symptomatic persons will be advised to go to nearby COVID Care Centre or Hospital for testing and medical attention. Sanitizers will be made available at entry points of stations for use by passengers. Sanitization of all areas having human interface is to be done at regular intervals.

Use of Smart Card and cashless or online transactions will be encouraged. Tokens and paper slips or tickets must be used with proper sanitization. Metro rail corporations may also resort to skipping of stations to ensure proper social distancing. Passengers are advised to travel with minimum luggage and avoid carrying metallic items for easy and quick scanning. Intake of fresh air in air-conditioning system must be increased to the extent possible. Based on these guidelines, Delhi, Noida, Chennai, Kochi, Bangalore, Mumbai Line-1, Jaipur, Hyderabad, Maha Metro (Nagpur), Kolkata, Gujarat and UP Metro (Lucknow) have prepared their SOPs. Maharashtra government has decided not to resume operation of metro during September. Hence, Mumbai Line-1 and Maha Metro operations shall commence from October or as decided by the State Government.