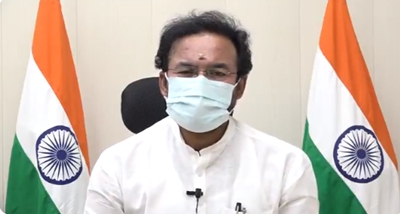 The Union Government has sanctioned establishment of new Vaccine Testing Laboratory in Hyderabad. This was announced by Union Minister of State for Home G. Kishan Reddy.

In a tweet, Mr Reddy said, funds have been sanctioned for the laboratory from PM- Cares Fund. He said, it will be set up at National Institute of Animal Biotechnology in Hyderabad and will be under Department of Biotechnology.

Thanking Prime Minister Narendra Modi for the sanction, the  Minister said, it is a big step towards development of Pharmacy sector in Hyderabad.

The sanction of the lab has been a long-standing demand as Telangana IT Minister K. Taraka Rama Rao had requested the Centre a few times on setting up of the testing laboratory.