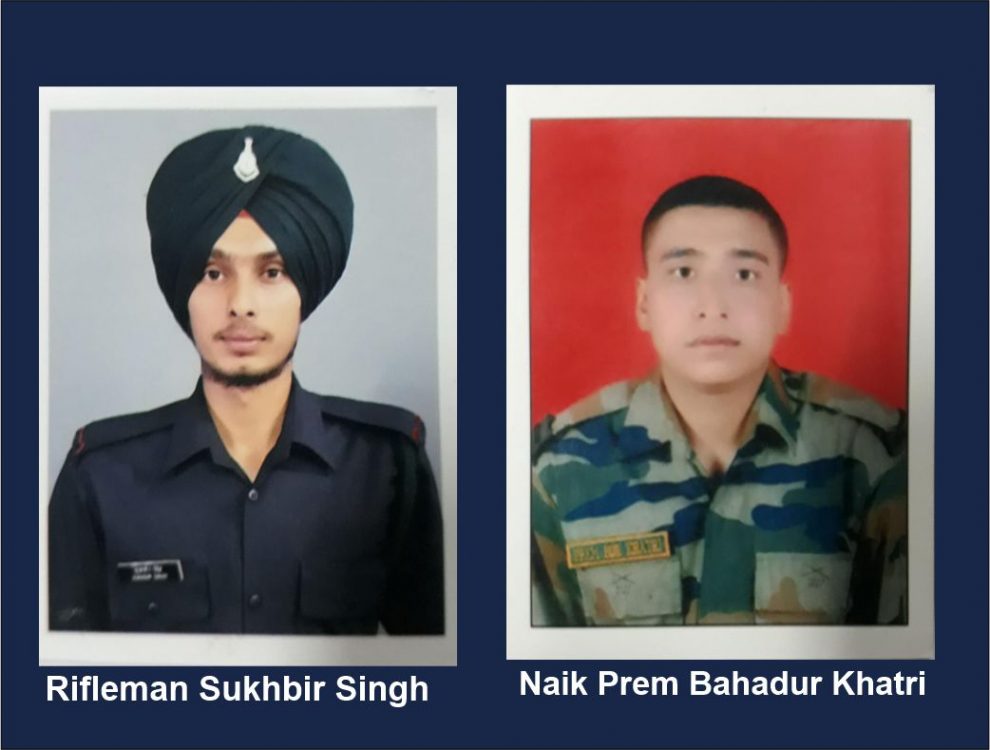 Jammu, Nov 27: Pak Army resorted to unprovoked CFV on the Line of Control (LoC) in Sunderbani Sector of District Rajouri (J&K) on 27 November 2020.

Own troops responded immediately to the enemy fire. In the ensuing fire, two Jawans of the Indian Army Naik Prem Bahadur Khatri and Rifleman Sukhbir Singh got critically injured and later succumbed to their injuries.

Naik Prem Bahadur Khatri and Rifleman Sukhbir Singh were brave, highly motivated and sincere soldiers. The nation will always remain indebted to them for their supreme sacrifice and devotion to duty.