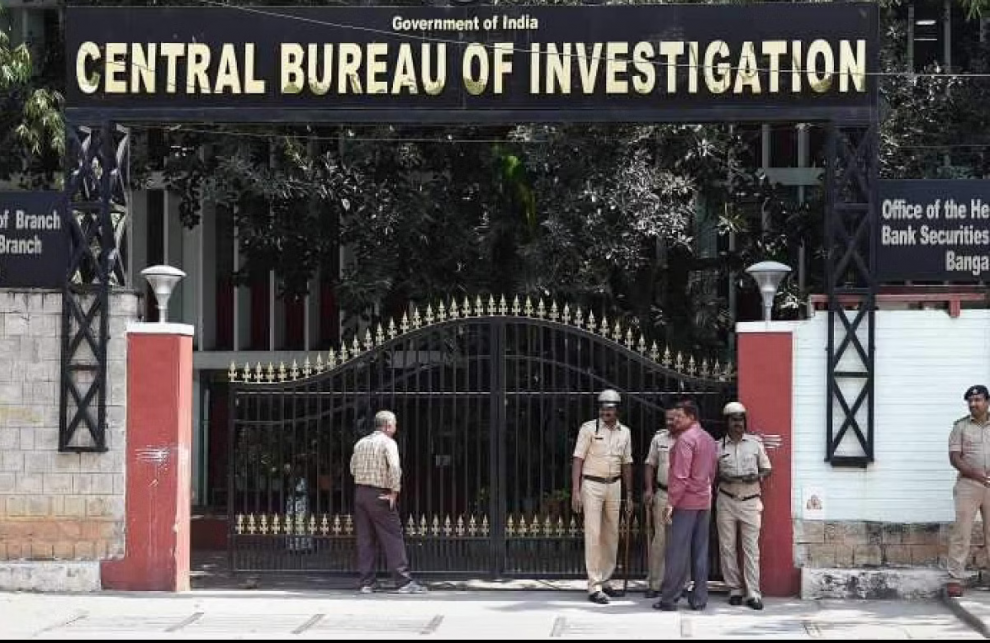 Chief Justice of India Ramana hit the nail on the head last week lamenting the premier investigating agency’s credibility has taken a sharp nosedive coming under deep public scrutiny due to its “actions and inactions” in some cases, whereby it needs to urgently reclaim social legitimacy and public trust .

Towards that end he suggested creating an “independent umbrella institution” to bring various investigating agencies like CBI, SFIO, ED etc under one roof as a first step to break nexus with the political executive. Extolling officers that rulers will change but they are permanent.

Ramana is neither the first nor the last who has talked of a radical change. But till date it has fallen on deaf ears. Buried in newspapers is a landmark Madras High Court judgment October last accentuating CBI’s autonomy and independence without Government’s administrative control. Whereby it be made an independent statutory body like Election Commission or Comptroller and Auditor General accountable only to Parliament.

Predictably, the CJI has stirred a hornet nest with Law Minister Rijiju retorting CBI was no longer a “caged parrot” as in the past when people in power were involved in corruption. Recall, in May 2013 the Supreme Court while hearing a case related to UPA Government II’s coal scam had called the agency a “caged parrot speaking in its political masters voice.”

It is open secret CBI is besmirched by playing handmaiden to its political mai-baaps tune. After all, what better tool to help friends and settle political scores with opponents via hit-ins, clean chits, political cover-ups and fool proof surety for law enforcers to become law breakers legitimizing crime and corruption.  Never mind if it raises serious doubts about its honesty and integrity of purpose to weed out the corrupt.

Allegations abound how CBI has and is being used to intimidate and cow-down opponents. Be it during Congress era or Modi Sarkar. From political partisanship, raids on susceptible opponents, often with a little help of ‘partners’ Enforcement Directorate and Income Tax Department, filing of FIRs, hours of questioning to charge-sheets, favouring some, cracking down on others, going slow on key cases, messing up investigations, left half-way or not done at all.

Shockingly, there are over 1,300 cases pending against MPs and MLAs in various courts. These include cases being “on-off” investigated by CBI further sullying its reputation, replete with “failures” to back-up charges with required evidence. A case in point: BSP’s Mayawati. Whenever the Government, be it Congress’s UPA or BJP’s NDA wanted to put pressure CBI was used to ‘pursue’ cases of disproportionate assets against her. When she came around, cases were put in thanda baksa.

Or Congress leader and ex-Finance Minister Chidambaram who accuses BJP of political vendetta motivated by political considerations to silence and stop him criticizing Government while simultaneously proclaiming himself an innocent victim. Drowned in the deafening cacophony is he stands accused of corruption.

What to speak of umpteen instances where prosecution sanction was denied bringing “disrepute” to CBI. And where sanction was granted, invariably courts pulled up the agency for slip-shod handling of cases, lack of evidence, unavailability of witnesses or glossing over vital leads etc.

Consequently, the system has become self-perpetuating whereby threatened political elite give more and more powers to CBI to get their way and have their say. Its merit and investigative skills don’t really matter. What counts is loyalty and trustworthiness to the leader.  Questionably, is the CBI more sinned against than sinning?  Is the pot calling the kettle black?  The truth is mid-way.  Both work in tandem in furthering their own interest wherein the agency has adopted a brazenly opportunistic policy of playing safe with Governments of the day.

Unsurprisingly, investigation suffers. A recent report shows conviction rate is as low as 2% in 264 corruption cases it analysed over five years. While it took more than 23 months to conclude investigations, only 8 of 698 persons were convicted! Obversely officers complain of insufficient manpower, modern equipment, public prosecutors, standing counsels hence seek adjournments which results in trial delays.

Over the years various Governments talk tall on giving CBI autonomy and improving its functioning from LP Singh Committee in 1978, Parliament Estimates Committee 1991-92 and Supreme Court to insulate CBI but unfortunately all failed. When push came to shove recommendations remain on paper.  Thus, instead of becoming more accountable, CBI has been purposely protected from scrutiny. It was expressly taken out of the RTI Act’s ambit on grounds of national security.

Arguably, in a milieu where power is everything in the business of democracy the dice is loaded against autonomy. One, CBI is directly under Prime Minister. Two, under Section 389 of CrPC only the Executive has power to decide if agency should appeal any case. Yet, knowing our polity and its hypocritical culture, we will undoubtedly continue to hear noises or even be treated to some cosmetic measures.

Prime Minister Modi has oft spoken about ushering in transparency in governance. Time he walked his talk and made CBI independent whereby it stops being His Masters Voice and prevents abuse of power. For starters dust cobwebs and adopt a 2011 Parliamentary Standing Committee report on the “Working of the CBI” which recommended it be made an “enforcement agency” and given “independent and autonomous’’ status to prevent political interference in its functioning.

Two, purge “yes men” and erase backdoor instructions. It is pointless initiating biased investigation which does not guarantee fair probe. Government should set up an independent institution under a statute clearly defining its powers, functions and jurisdictions with separate budgetary allocation. Such a law will lead to much-needed legislative oversight.

It is imperative the institution be headed by an independent and impartial authority appointed by a committee similar to one which appoints CBI Director. Its Chief can be assisted by deputies who are specialists in different domains. Officials and staff should be independently recruited, properly trained to eliminate authoritarian tendencies creeping in and ensure they function within the democratic framework.

Our leaders’ better pay heed before it is too late. A revolutionary change in CBI’s operational command is paramount as mouthing platitudes, inane and muddle-headed formulations will no longer work. Central and State Governments need to think beyond headlines. The bottom line: When push comes to a shove there is no easy option.

Will our netas now desist from playing havoc with CBI and other investigating agencies unshackling them from their tainted tentacles? The ball is now in Government’s court. It needs to answer a pointed questions: Will CBI be guided by law of the land only or by Government of the day? Kiski laathi aur kiski bhains? —- INFA.