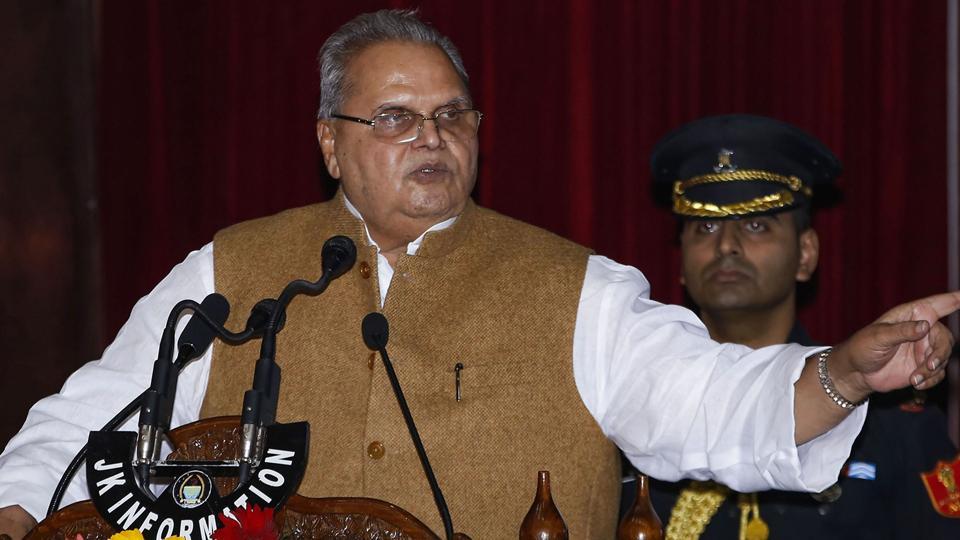 SRINAGAR: The CBI has began its probe into the allegations made by former Jammu & Kashmir Governor Satya Pal Malik that he was offered bribes to clear two files when he was in office, officials said.

On March 25, Lt Governor Manoj Sinha had said that the CBI has been given consent to probe Malik’s allegations to make “everything crystal clear”.

Malik, the last Governor of Jammu & Kashmir before the erstwhile state was bifurcated into two union territories in August 2019, had in October last year claimed that he was offered Rs 300 crore bribe to clear a file each belonging to “Ambani” and an “RSS-affiliated man” during his tenure.

Currently the Governor of Meghalaya, Malik said that he cancelled the deals, and praised Prime Minister Narendra Modi for supporting his decision by saying there is no need to compromise on corruption.
The officials said the CBI had taken over the investigation of the case and commenced its probe into the allegations.

Malik is also likely to be questioned during the course of the investigation as he had signed the file before making the allegations, the officials said.
Addressing a press conference in Jammu, Sinha said, “If someone sitting on such a high post has said anything, then it needs to be probed. We have sent our consent to the CBI to probe both allegations.”
Sinha said that he considered the allegations and decided that truth needs to come out.

Malik in his allegation last year had said that he was offered a bribe of Rs 150 crore each for clearing two files, one of them related to Ambani and other to a former minister in the previous Mehbooba Mufti-led (PDP-BJP coalition) government.

He had also alleged that the minister was said to be someone “very close to the prime minister”.

“I was informed by secretaries in both the departments that there is a scandal involved and I accordingly cancelled both the deals.

The secretaries said to me ‘you will get Rs 150 crore each for clearing the files’ but I told them that I had come with five kurta-pyjamas and would leave with that only,” Malik had said at an event in Jhunjhunu in Rajasthan. (PTI)