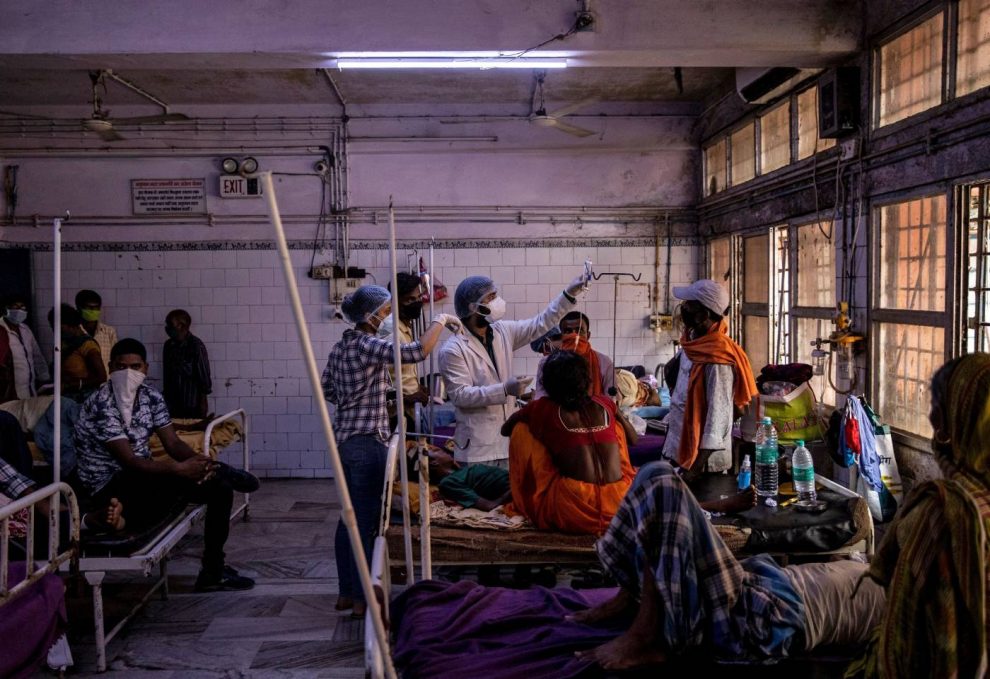 LONDON: More than 80% of people in some developing countries have lost income due to COVID-19, economists said on Friday, warning that soaring poverty could hamper efforts to control the disease in nations where mass inoculation may be a long way off.

Without emergency assistance, people desperate to feed their families may flout social distancing measures to look for work, fuelling the spread of the coronavirus, they said in a major study spanning three continents.

“Economic help is part and parcel of fighting the virus,” co-author of the study Shana Warren told the Thomson Reuters Foundation.

“If you want people to stay home to stop the virus spreading while they wait for vaccines you need to provide them with the economic support to do so.”

The study – one of the largest of its kind – documents an “unprecedented” rise in global poverty in 2020 and comes as fears grow that some poorer countries may not get COVID-19 vaccines until 2024.

It also follows U.N. warnings that the pandemic could push a billion people into extreme poverty by 2030.

The study by 18 organisations, including Ivy League universities, European universities and the World Bank, found widespread drops in incomes, employment and food security across all countries.

Nearly nine in 10 rural households surveyed in Sierra Leone said they had missed meals or cut portion sizes because of the pandemic.

More than two-thirds of landless, agricultural households in Bangladesh, and more than half of Rwandans, Ghanaians and Colombians were also unable to meet basic food needs.

Food insecurity levels in Bangladesh in April 2020 appeared to be double the rate of previous years, the study said.

The steep rise in food insecurity reported among children was particularly alarming given the potential lasting impact on their health, education and future earnings, the authors said.

The study was conducted between April and July 2020 after governments around the world introduced lockdowns and other restrictions on movement to curb the spread of COVID-19.

Warren, a political scientist with U.S. research organisation Innovations for Poverty Action, said there would be knock-on effects after lockdowns lifted because families had used up savings they would have invested in future harvests.

The report recommended providing help in the form of mobile phone cash transfers, subsidising utilities like water and electricity and removing penalties for unpaid bills.

Warren said the survey findings were important because developing countries, unlike richer states, had little data on the pandemic’s economic impact on the ground, partly because so many people work in the informal economy.

“The U.S. and UK are well-equipped to keep tabs on employment, but in developing countries you need household surveys to uncover what’s happening at the individual level,” she said.