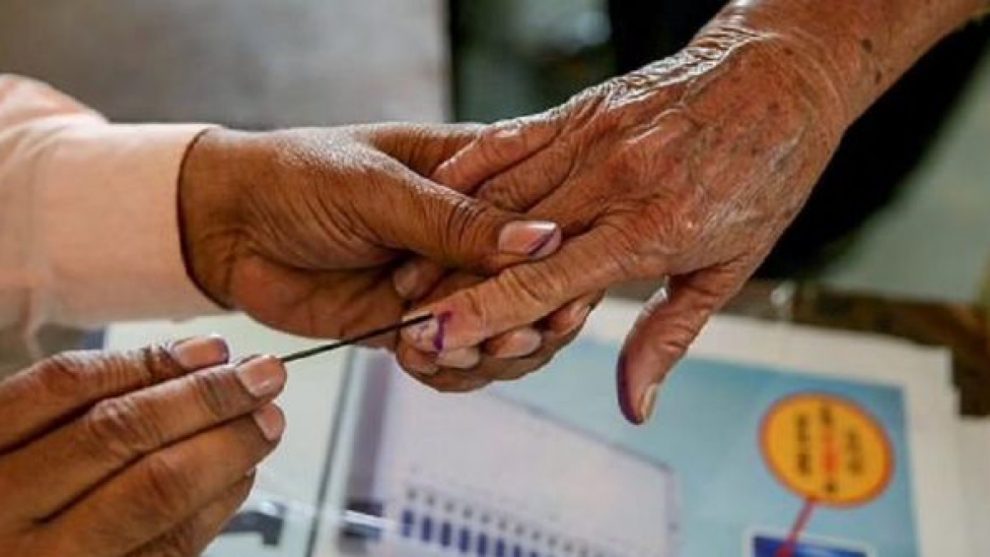 Phew! As the curtain rang down on the two month long, seven phase grueling elections in five States all eyes are on the results which will be a mid-term appraisal for Prime Minister Modi’s BJP. The Party is incumbent in four with UP being the most crucial as it sends 80 Lok Sabha MPs and is central to its plans for 2024 general elections. Both NaMo and Party have personally invested much political capital in the State.

Alongside the outcome is critical and defining for the Opposition especially Congress and regional forces which could shape its politics, reaffirming or challenging the tottering Grand Dame’s claim as the perennial and natural pivot of an anti-BJP front in the run-up to 2024. In power in Punjab and within winning distance in Uttarakhand, Goa and Manipur it might be the last chance for it to stay in the game.

Presently, it can boast of only Punjab, Rajasthan and Chhattisgarh and playing second fiddle in Jharkhand and Maharashtra. Failure to perform well in the polls will further dent its claim to lead the Opposition space as it grapples with existential crisis. The results would also impact the Party’s internal dynamics which is witnessing a leadership crisis, rise of multiple power centres and challenge from change seekers G23.

Already, it has ignited new Opposition ambitions specially in TMC’s Mamata, DMK’s Stalin, TRS’s Chandrashekhar, AAP’s Kejriwal and NCP’s supremo Sharad Pawar who have tasted blood showing that BJP can be vanquished.  The most famous is Mamata who is banking on her West Bengal victory as ‘champion BJP slayer’ to propel her on the national stage as there is a vacuum in Opposition space.

Her plan is based on two tactics: One, ensure a broad understanding among all non-BJP players in a State whereby it is projected as sole challenger to the Saffron Sangh. Two, build her stature along-with relationship with other satraps whereby she is seen as the obvious candidate who has a track record, network and credibility to emerge as the face of an alliance.

Towards that end she has mooted an Opposition Chief Ministers’ Conclave post her talk with DMK’s Stalin, NCP’s Pawar and TRS’s Chandrasekhar who in turn took the issue forward with Maharashtra Chief Minister Thackarey. Ostensibly it is to take Opposition unity forward against BJP’s anti-people policies on the lines of Telugu bidda NT Rama Rao’s Opposition conclave in Vijayawada in 1983.

Recall, the erstwhile TDP founder and Andhra Chief Minister had initiated a non-Congress United Front to chalk out a common strategy. His initiative paid off and marked the beginning of Opposition unity. This was taken forward by NC’s Farooq Abdulla who organised a second conclave in Srinagar followed by another in Kolkata 1984 and several meetings in New Delhi totaling 24 leaders of 14 Opposition Parties including NCP’s Pawar which found fruition in Prime Minister VP Singh’s Government in 1989.

Sans a Prime Ministerial face the conclave would start by being a platform for ideas, consultations, negotiations, deliberations, discussions and consensus of like-mined people. Besides, TMC regional Parties like DMK, TRS, AAP who rule respective States and other anti-BJP forces would be included to save democracy and the federal structure. Sic.

However, this is easier said than done as it relies on arithmetic and does not tackle the obvious question of chemistry which can happen only through a common acceptable leader to answer Modi vs who?  Further, Mamata might have her admirers but she is a polarizing person who has increasingly been projected as “pro-Muslim” by BJP’s ecosystem. Certainly, it might gain her traction in Bengal but could alienate urban middle class elsewhere who see her as a maverick which could lead to Hindu consolidation.

Also, unlike BJP’s Gujarat model which propelled Modi to centrestage Bengal’s Mamata does not resonate yet nor does her political rhetoric travel well outside her State.  True, it is early days but her Partymen and grudging rivals have nicknamed her the ‘She-Modi’. Mamata like her rival is single and perceived to have the same skill set as Modi: Popular, great orator who ‘connects’ with people, rabble rouser, persistent, appetite for risk and is Teflon-like whereby no scandal or negative feature sticks to her. She has emerged unblemished post the Saradha and Narada scams.

On the downside, she is known to be whimsical who wants all her whims indulged, has a fiery temper and anybody who seemingly airs divergent views is axed from grace.  Mamata is also transparent about wanting the crown. Moreover, Opposition’s performance hinges on how the Congress fares in States where it is in direct bipolar competition with the BJP despite its prospects being dim.

Meanwhile NCP’s Pawar has times out of number since the Congress split in 1999 tried to be numero uno in the national power stakes but has failed to realize his dream. Today too he continues to bid his time to head Opposition unity against BJP but does not have age on his side. TRS’s Chandrashekar Rao, AAP’s Kejriwal, BJD’s Naveen Patnaik, DMK’s Stalin, and YSRC’s Jagan Reddy too are silent contenders. “If JD(S) Deve Gowda could become Prime Minister in 1996 what’s wrong with me,” said one leader.

The Congress on its part continues to ostrich like bury its head in the sand despite old and trusted ally Lalu’s RJD shunning it in the upcoming Legislative Council elections forcing it to go alone. Happy in the fallacious belief that it directly fights the Hindutva Brigade in about 250 Lok Sabha seats hence no anti-BJP mobilisation can be possible without it, notwithstanding it won just 6 of 250 seats.

Nationally speaking, the Congress’s ineffectuality is one of BJP’s key advantages. This is complemented by any regional satrap’s inability to play a pan-India role as in many States they have grown fighting Congress and State Congress leaders see regional Parties as rivals to be beaten, not allies in any anti-BJP alliance. Ironically, the Saffron Party is far from being its confident best right now which the Opposition is unable to leverage.

With a new political common sense being normalised by BJP of Hindutvavad majoritarianism with development and Government it remains to be seen if the 2022 electoral events will show how the ambitious regional satraps will cope with its fledgling plan within the Opposition and its inherent in-built conflicts as their occupational hazard to refresh their strategies to fight BJP to project a credible, unifying alternative leadership face and agenda for the 2024 hustings battle.

The Opposition will have to find the language and repertoire that can match the BJP’s dexterity, multi-vocality, poll fighting mean machine and resources with which it shores up its communication dominance and perceived imagery. Modi has already thrown down the gauntlet by refreshing Hindutva, projecting and redefining nationalism and the country’s self respect.

Either which way it is good for India’s democracy to have more regional satraps finally coming in to their own. The big question: Who will take up cudgels against the BJP beyond rally slogans?

Beware of tobacco, it is going to kill half of its life-time users!
US Arms’ Lobby: Sales rip south asia
Comment