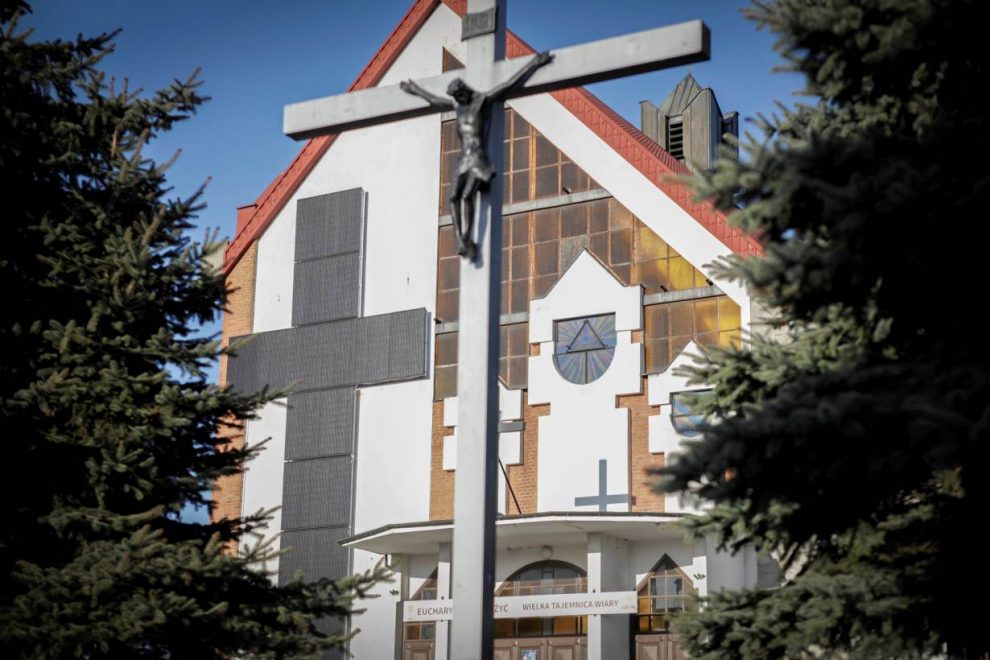 LONDON: Close to 90% of Poland’s energy comes from highly polluting coal – a fuel whose use needs to end swiftly if Europe and the rest of the world are to meet global goals to slash planet-heating emissions and avoid more extreme climate change impacts.

But Poland also has 90,000 people employed in its coal industry, making a rapid switch to greener fuels challenging in social as well as financial and technological terms.

In Poland – and wealthier European countries such as Germany – the need to move away from coal is affecting large geographical areas, said Patrizia Kraft, energy policy coordinator for the German Trade Union Confederation.

“It’s not just some people losing a job but whole regions feeling they are left behind,” she told an online panel this week.

Changing that view – which can provoke a political backlash against much-needed climate action – will require a helping hand for threatened workers and a safety net for those who will struggle, as well as listening genuinely to their concerns, said advocates for a “just transition” to a cleaner economy.

“You have to get employees to embrace this transition to climate neutrality and you don’t get it if they feel insecure, if they feel they are not getting anything out of it,” Kraft said.

Under a European Union “Green Deal” plan, the bloc aims to spend 1 trillion euros ($1.2 trillion) over the next decade on reshaping energy, transport, farming and industry to slash emissions and become “climate neutral” by 2050.

Backers say the shift will create millions of new green jobs, making up for those lost in dirty sectors, and leave Europe with cheaper energy, cleaner air and water, and stronger resilience to climate threats.

But the transition faces substantial political obstacles, including from people who fear they could end up worse off and have little sense of being able to benefit from any new jobs.

Concerns about the costs of green changes were a major driver of France’s “yellow vest” protests in 2018-19, sparked in part by a poorly planned hike in fuel taxes.

Hans-Jörn Weddige, head of climate funds strategy for Thyssenkrupp Steel Europe, said one problem is that some of the dirty-industry jobs being lost are “extremely well paid” – and it’s unclear whether new green ones will match those salaries.

“You have people who say, ‘I want to do it and can – I have the skills. But can I afford it?’,” Weddige said. “This is exactly why this transition issue is so complicated.”

The number of clean-economy jobs created will not be as persuasive in winning backers for the shift as indications that those jobs are stable and well-paying, he and others said.

“If you get half the salary you had before and bad working conditions and a fear of being laid off”, then resistance to the shift is natural, Kraft said.

What could reassure worried workers are efforts to shore up government social-safety nets, to ensure those who lose jobs do not end up “at rock bottom”, she said, as well as helping them learn new skills – and giving guidance on what those should be.

“Everybody knows people need to get qualified – but what qualifications are needed in the future is unclear in a lot of industries at the moment,” she added.

Weddige’s firm, Europe’s second-largest producer of steel, is laying the groundwork to produce greener steel, in part by turning to hydrogen to fuel its energy-hungry processes.

Some employees come from families who have worked in steel mills for generations, he said, and experience shows that consulting them on decisions – rather than assuming bosses know what is right – usually pays off.

“You have to get the buy-in,” he said. “This is what you need if you really want the strength to reach the other side.”

Jadwiga Emilewicz, a Polish parliamentarian from one of the country’s heavy industry-dominated regions, said talking about the side benefits of the green energy transition – including cleaner air – was winning more converts there.

Solar power, in particular, is gaining ground, she said – not because the European Union is pushing it, but because it has become an increasingly inexpensive way to produce electricity.

“People start to understand there is another solution for safe, secure and cheap energy production,” she said. “It is starting to be a rational choice.”

Polish families, she said, had little room in their budgets to pay more for energy, so asking them to buy costlier clean power “might cause a lot of social problems”.

Simone Abram, co-director of Britain’s Durham Energy Institute, said making Europe’s energy transition work would require careful listening to “people you might not always pay attention to”, including the poor.

“Jobs are important but there are more serious issues as well,” including the affordability of changes and a sense of being consulted and included in them, she said.

Weddige said the coming energy and jobs shift may feel like a huge challenge for people now, but predicted a fossil fuel economy would soon seem as outdated as one reliant on now-banned child labour.

“Once you’ve done (the shift), it’s hard to imagine it was different not so long ago,” he said.