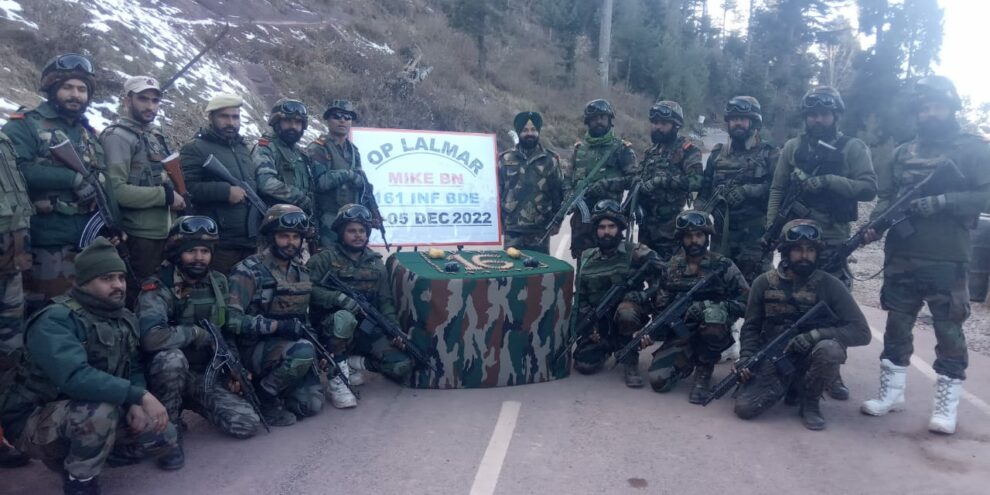 BARAMULLA: Jammu and Kashmir Police Tuesday said that arms and ammunition were recovered following a joint operation carried out in the Uri area of North Kashmir’s Baramulla district.

The police said that in a joint op of the Army and JKP, acting upon an input regarding the presence of ammunition in the village Churanda area of Uri Sector, parties of Army 16 SIKHLI and J&K Police today launched a CASO around the village.

The police spokesman further stated that further, search operation led to the recovery of 200 rounds of AK Ammunition, 8 Chinese Grenades and IED material. A case under relevant sections has been registered in Police Station Uri and an investigation is set in motion reads the statement.