New Delhi:   The Narendra Modi government is expected to reshuffle the Union Cabinet on Wednesday, bringing in some fresh faces and accommodating allies of the National Democratic Alliance (NDA). The swearing-in ceremony of new ministers may take place at 6pm today.

A clutch of BJP leaders and allies flew to Delhi, giving a hint about their possible inclusion in the cabinet. Among these leaders are Rajya Sabha member Jyotiraditya Scindia, former Assam chief minister Sarbananda Sonowal and former Maharashtra chief minister Narayan Rane.

Scindia, who left Congress and joined the BJP in March last year, was seen offering prayers at Ujjain’s famous Mahakal temple before leaving for Delhi.

Among the allies, the Janata Dal (United), Lok Janshakti Party (LJP) and Apna Dal are expected to find a place in the Union Cabinet. Though Bihar chief minister and JD(U) leader Nitish Kumar is mum on number of berths his party will get, there are reports that JD(U) chief RCP Singh is headed to Delhi. LJP leader Chirag Paswan, who is fighting his uncle Pashupati Kumar Paras over the control of the party, has said that he will move court if the latter is accommodated.

The exercise was set in motion with the appointment of four new governors and shifting of four others on Tuesday. This will be the first overhaul of the cabinet since the Modi government came to power in 2019.

The reshuffle is being done with an eye on next year’s assembly polls in various states; the BJP also wants to shrug off the image that it is not being able to work with the allies. PM Modi held several meetings in the past few weeks with his ministers and chief ministers of poll-bound states like Uttar Pradesh’s Yogi Adityanath.

The Modi government currently has 53 ministers and its strength can go up to 81, or 15% of the total number of members of the Lok Sabha, which stands at 545. 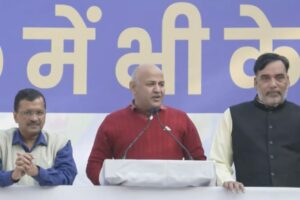