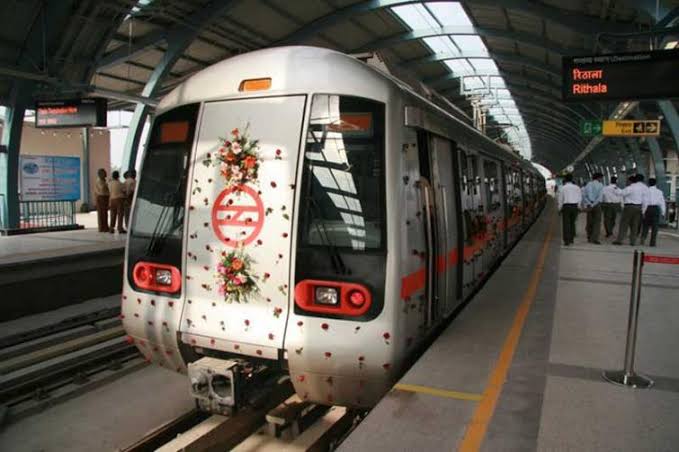 The Union Cabinet, chaired by Prime Minister Narendra Modi, has given its approval for revision in the funding pattern of three approved priority corridors of Delhi Metro Phase-IV projects with sharing of land cost in the ratio of 50:50 between the Central government and Government of National Capital Territory of Delhi (GNCTD).
These projects are – (i) Aerocity to Tughlakabad, (ii) RK Ashram to Janakpuri (West) and (iii) Mukundpur – Maujpur. This is in pursuance of the amendments to Metro Rail Policy, 2017, applicable only for Delhi, in compliance with the Supreme Court order dated September 6, 2019, read a statement.The total cost of the project which is Rs 24,948.65 crore remains unchanged.

Three priority corridors of Delhi Metro phase-IV project were approved by the Centre in March 2019 at a completion cost of Rs 24,948.65 crore. The funding pattern was kept in line with provisions of Metro Rail Policy, 2017. GNCTD in April 2019 directed DMRC not to start work on the sanctioned corridors unless MoHUA revises the cost sharing pattern in tune with approval concurred by them.

After intervention of the Supreme Court, the work was started in July 2019. The Supreme Court in its order upheld the provisions of Metro Rail Policy, 2017, regarding bearing of operational losses and repayment of external loan and currency fluctuation cost by the state in case the Special Purpose Vehicle (DMRC in this case) fails, the statement read.The Supreme Court directed to make a departure from the policy to be applicable only in the case of Delhi and to share land cost in the ratio of 50:50 between Government of India and GNCTD. The relevant para of Metro Rail Policy, 2017, is also amended accordingly.