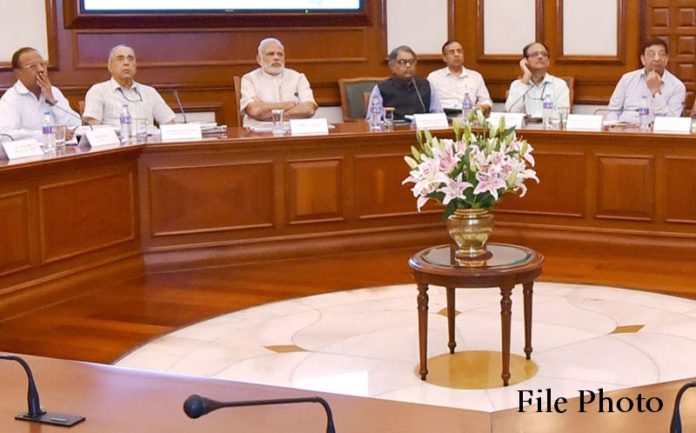 The Union Cabinet, chaired by Prime Minister Narendra Modi, has given its approval for signing the agreement on social security between the Republic of India and the Federative Republic of Brazil.India has been entering into bilateral Social Security Agreements (SSAs) with other countries in order to protect the interests of Indian professionals, skilled workers working abroad for short durations and enhance the competitiveness of Indian companies, read a statement. SSAs provide the benefits of avoiding making of double social security contributions by the workers (detachment); easy remittance of benefits (exportability); and aggregating the contribution periods (in two countries) to prevent loss of benefits (totalisation).The agreement will also provide for disability insurance benefits to the Indian nationals working abroad. As on date, India has signed SSAs with 18 countries.

The idea to ink pacts on social security programmes with BRICS nations was discussed at the meetings of the BRICS Labour and Employment Ministers held on June 9, 2016, in Geneva and on September 27-28, 2016 in New Delhi, respectively.The possibility of concluding social security agreements between BRICS countries also finds mention in the Goa Declaration of the 8th BRICS Leaders’ Summit.
Taking forward the spirit of the Goa Declaration, India and Brazil held the negotiations on SSA from March 13-16, 2017 in Brasilia. At the end of the negotiations, both sides initialled the finalized text of the Agreement on Social Security.

The signed agreement will be hosted on the Ministry’s website and the website of Employee’s Provident Fund Organisation for the information of the stakeholders so that they can secure certificates of coverage to avoid making double social security contributions.As per the statement, about 1,000 Brazilians are living in India, while about 4,700 Indians are living in Brazil, at present. All posted/detached workers and self-employed persons will benefit from this proposal without any discrimination.
The SSA will cover the territories of the Republic of India and the Federative Republic of Brazil.