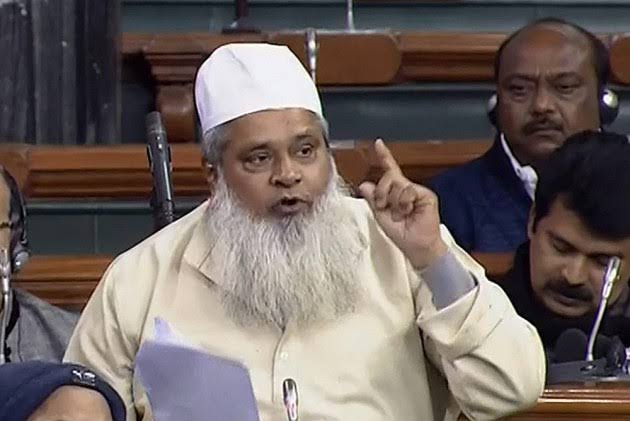 Lok Sabha lawmaker from Assam’s Dhubri, Badruddin Ajmal, on Monday said that he, with the support of the Opposition, will not let the Citizenship Amendment Bill pass the House, claiming that it is against the Constitution and Hindu-Muslim unity.

“We want the government to take this Bill back. It is against Assam, Constitution and unity of Hindus and Muslims. It is the government’s divide and rule policy,” Ajmal told before tabling of the Bill in Lok Sabha. “We will reject this Bill and Opposition is with us on it. We will not let this Bill pass wit the support of Opposition,” the All India United Democratic Front (AIUDF) leader said.

The legislator also protested in the Parliament against the Bill stating that “Assam will never accept CAB.”
While the many Muslim organisations and north-eastern people are protesting over the Bill, Union Parliamentary Affairs Minister Pralhad Joshi said it is in the interest of northeastern states and the entire country.Joshi exuded confidence that it will get through both the Houses of Parliament.

The Citizenship (Amendment) Bill 2019 seeks to grant Indian citizenship to non-Muslim refugees from Pakistan, Bangladesh, and Afghanistan. Union Home Minister Amit Shah introduced the Bill today.Through this bill, Indian citizenship will be provided to the members of Hindu, Sikh, Buddhist, Jain, Parsi and Christian communities, who have come from the three countries to India till December 31, 2014, to put an end to them being treated as illegal immigrants in the country.

The Bill was passed by the Lower House of the Parliament earlier this year but lapsed with the term of the previous Lok Sabha during the first term of the Prime Minister Narendra Modi government in the Centre.