Home Newsfeed CAA will not take away rights of any citizen, don’t be part... 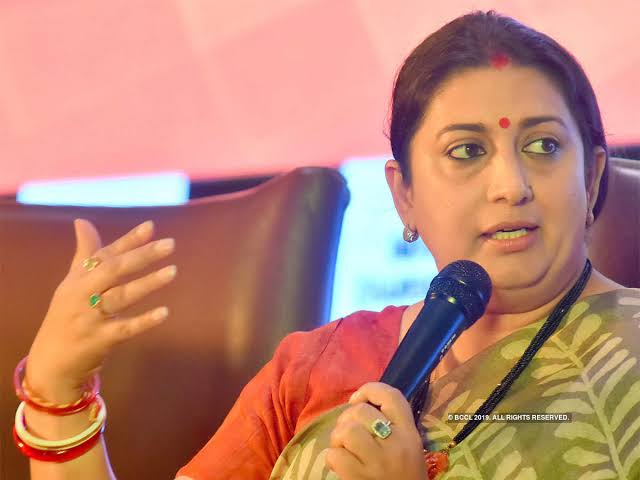 Union Minister Smriti Irani here on Friday said that Citizenship Amendment Act does not take away the rights of any Indian citizen and appealed to them to not be a tool of anybody else’s political strategies, amid ongoing protests over the amended citizenship Act.
“Citizenship Amendment Act does not take away the rights of any citizen of India. People who are providing support to violent elements, I appeal to the state governments to take stern action against them,” Irani said. Without naming West Bengal Chief Minister Mamta Banerjee, the Union Minister said, “Every citizen and political party in the country knows that Indian Constitution and Parliament are Supreme. Chief Minister’s doubt over this rule after it has been passed by the Parliament is nothing but an insult of the Parliament.”
She further assured that the BJP led NDA government will not take any decision against the common interest of the general public.
Protests erupted in different parts of the country over the Citizenship (Amendment) Act, 2019, which grants citizenship to Hindus, Sikhs, Jains, Parsis, Buddhists and Christians fleeing religious persecution from Pakistan, Afghanistan and Bangladesh who entered India on or before December 31, 2014.