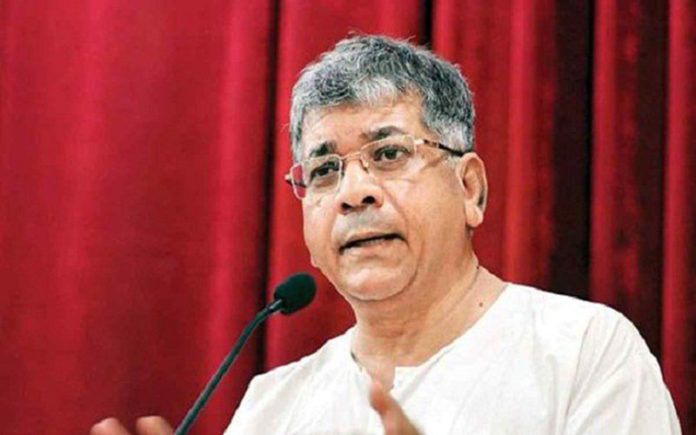 Vanchit Bahujan Aghadi (VBA) chief Prakash Ambedkar said here on Thursday that the Citizenship Amendment Act and the National Register of Citizens (NRC) will “adversely affect Scheduled Castes (SCs) and tribes as well.
VBA members also carried out a silent protest at Dadar here in protest against the CAA and the NRC.

NCP is falsely stating that this law only targets the Muslim community in particular,” said Prakash Ambedkar.
“Detention houses are being readied at Kharghar and Nerul in Navi Mumbai. Therefore, the people should take some action soon or they will end up there,” added he.

Protests have erupted across the country over the newly-enacted citizenship law, which grants citizenship to Hindu, Sikh, Jain, Parsi, Buddhist, and Christian refugees from Pakistan, Afghanistan, and Bangladesh, who came to India on or before December 31, 2014.