Home Newsfeed CAA, NRC and NPR are problems for the nation: Akhilesh Yadav 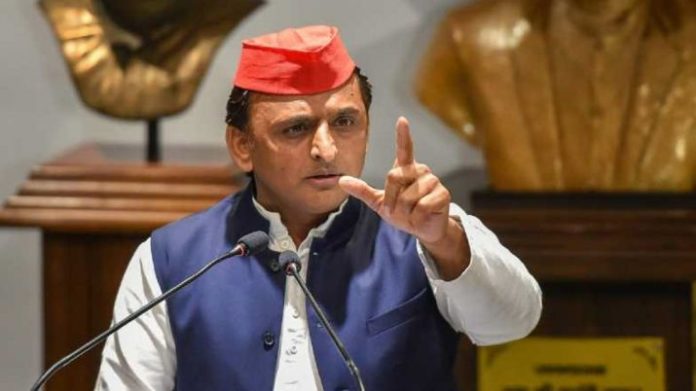 Samajwadi Party (SP) president Akhilesh Yadav on Wednesday targeted the Centre over the National Population Register (NPR) and asserted that it had done nothing more than troubling the public through Citizenship (Amendment) Act.

“BJP government had itself said in the Rajya Sabha that NPR is the basis for NRC, how much more will they lie. CAA, NRC and NPR have come as problems for the people of the nation. This is against the concept of social justice,” Yadav said, according to a press release by the SP.

Yadav also accused the Uttar Pradesh government of failing in multiple fronts and added that the BJP leadership was trying to fool the public through its tall claims.”BJP has made Uttar Pradesh a home for diseases. The Ayushman Bharat scheme is fake. How can 70 lakh people get free treatment when medicines are not available at the Jan Aushadi Kendras. Where are the good roads, education, transport and health facilities which were promised?” he said.

Earlier today, the SP chief had accused the BJP-led Uttar Pradesh government of stealing credit for the construction of Lok Bhavan ahead of the inauguration of Atal Bihari Vajpayee’s statue here today.Taking to Twitter, the SP chief asserted that the people are ready to vote the BJP out of power.”The construction and inauguration of ‘Lok Bhavan’ took place during the tenure of SP, but BJP is now stealing the credit.