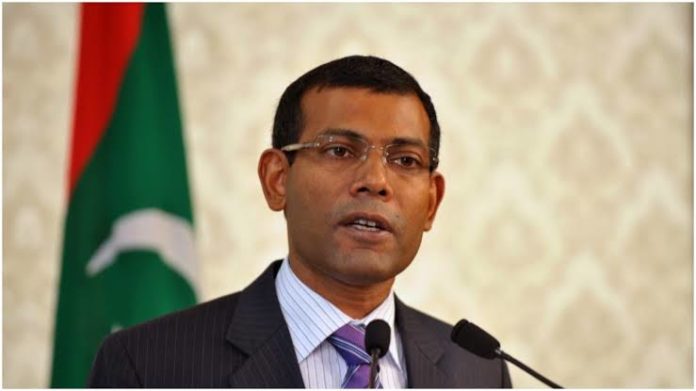 Terming Citizenship (Amendment) Act an “internal issue” of India, Maldives Parliament Speaker Mohamed Nasheed on Friday exuded trust in Indian democracy and said that the Bill was democratically passed through both the houses of the Parliament. “Well it is an internal issue of India. We have trust in Indian democracy. The process went through in both the houses of the Parliament. It is not for us to comment upon it.” Nasheed, the former President of Maldives, is on a visit to India at the joint invitation of Rajya Sabha Chairman M Venkaiah Naidu and Lok Sabha Speaker Om Birla.

According to the amended Citizenship Act members of the Hindu, Christian, Sikh, Buddhist and Zoroastrian communities, who have come from Pakistan, Afghanistan, and Bangladesh till December 31, 2014, and were facing religious persecution there, will not be treated as illegal immigrants and granted Indian citizenship.
According to an official notification, the Act will not apply to the “tribal area of Assam, Meghalaya, Mizoram or Tripura as included in the Sixth Schedule to the Constitution and the area covered under ‘The Inner Line’ notified under the Bengal Eastern Frontier Regulation, 1873.”Currently, Arunachal Pradesh, Mizoram, Nagaland and Manipur fall under the Inner Line Permit (ILP). These areas require Indians from other states to get ‘ILP’ to enter or pass through them.