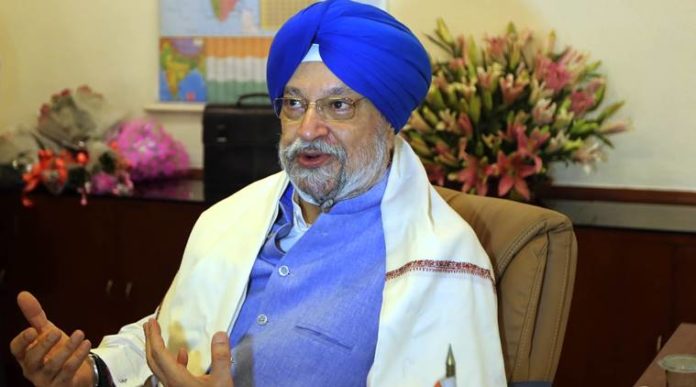 Union Minster Hardeep Singh Puri has said that the Citizenship Amendment Act (CAA) does not alter India’s secular credentials. He accused opposition parties of spreading misinformation on the new law. In a tweet, Mr Puri said, the CAA neither alters nor challenges rights of any Indian citizen, irrespective of religion, caste, creed, sect, ethnicity or race.

He said, the narrative that it threatens religious minorities in India is ignorance at best, & treacherous at worst. Mr Puri further said, opposition parties have mounted an anti-government campaign using CAA as the lightening rod to spread misinformation, inflame passions, mobilise forces inimical to India’s interests & incite violence. The minister said the opposition against the new citizenship law is riding on a false narrative.

Mr Puri said, the CAA does not mean that Muslims who are otherwise persecuted in these countries cannot apply for Indian citizenship. He added, in fact, in the last five years, Modi government has granted citizenship to nearly 600 Muslims from these countries.