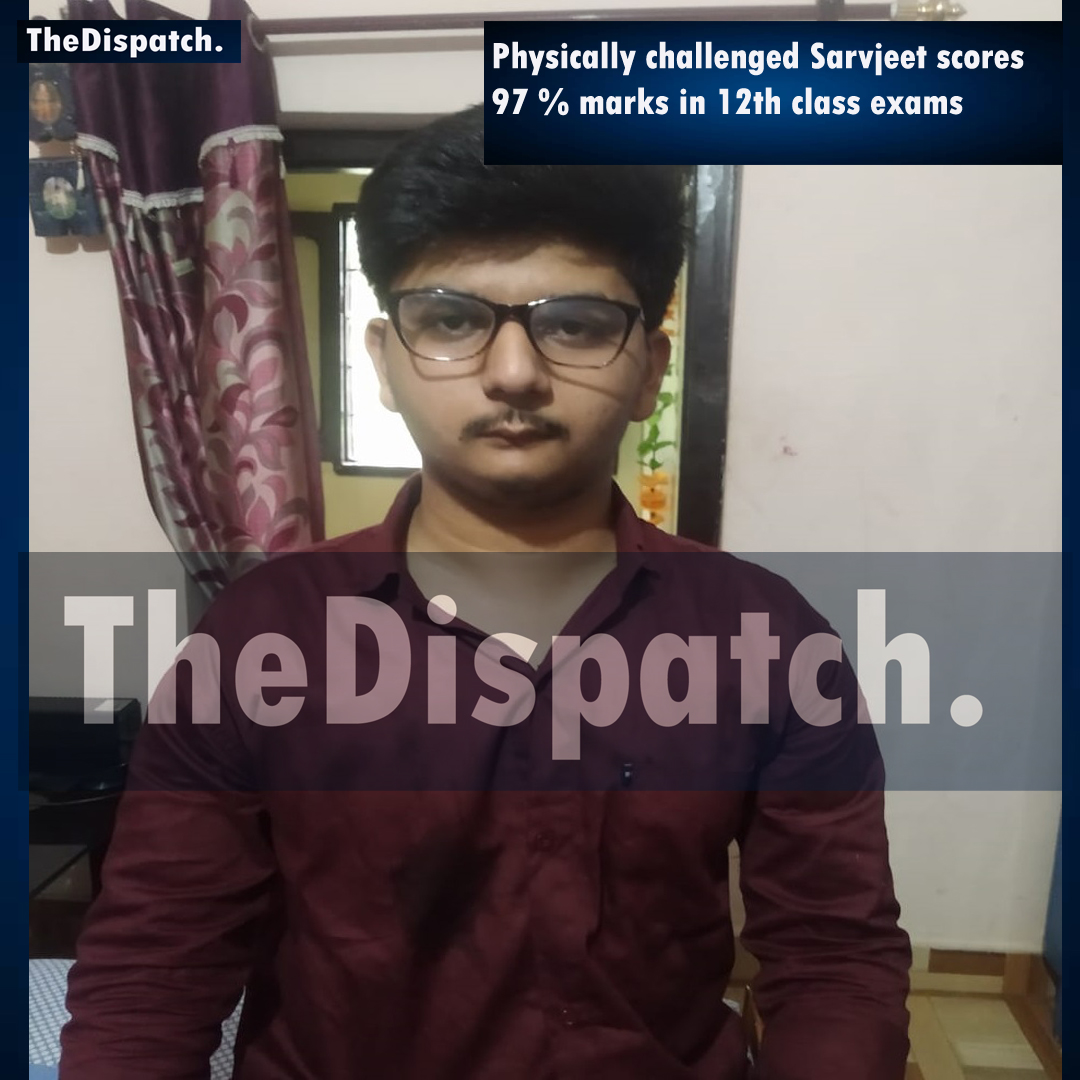 It’s been a week of mea culpa, home truth and tutorials. Of ghisi-piti real politik where public morality and practical politics has acquired a particularly grotesque dimension. It’s all about power honey, which is the ultimate aphrodisiac wherein powerful people are likely to find that every mirror held up to them says you are the fairest of them all.

What is it about power that makes leaders rush like bees to honey? Fair or foul means do not matter as long as it culminates with the winner taking it all. Call it deceitocracy (rule by deceit), muscleocracy (rule by muscle) or moneyocracy (rule by money) either way netas of all shapes and sizes, hues and colours, communal and secular flock together collectively serenade satta.

Underscored, by the infighting which has gripped all Parties national, regional, big and small. While the BJP’s problems stem from excessive micromanaging by its Central leaders and weak State units, Congress’ woes arise from its weak leadership. Many knives are being drawn within Party camps as between them.

The ‘Party with a Difference’ BJP over the last seven years has slowly but surely turned in to a Party with Differences. The third Chief Minister in Uttarakhand in four months epitomizes the rot within its State units across the country whereby the Party’s claim of being highly disciplined, read where all difference are behind the mukhota of perception  juxtaposed with reality, has taken a big hit following the below expectations performance in recent Assembly polls and Covid’s second wave.

Indeed, the BJP faces trouble in several State units: UP, Gujarat, Punjab, Goa, Himachal and Manipur which along-with Uttarakhand go to polls next year besides Madhya Pradesh, Karnataka, Kerala and Tripura which are in ferment. And even in States where it is in the Opposition, Maharashtra, Rajasthan, Chhattisgarh and West Bengal. Resulting, in the Party and RSS scurrying to the drawing-board trying to manage fractious groups.

One could smugly put it down to Et tu Brute as recent years have seen infighting stunningly bring down Congress Governments in Karnataka, Madhya Pradesh and Puducherry with the BJP playing an instrumental role on the Opposition side. It remains to be seen whether factionalism will cost the Party dearly in the coming polls or if it’s diligent backroom maneouvres and intrepid stage play will help avert any reversals.

Analyzed a senior BJP leader, “Post it’s spectacularly victory in 2014 the Party organization has been transformed from a relatively collegial structure to a virtual two-man show Modi-Shah. Over confident of being unbeatable they have steam-rolled differences in State units by foisting their choice of Chief Ministers: In Maharashtra a non-Maratha Fadnavis, non-Jat Khattar in Haryana, non-tribal Raghubar Das in Jharkhand and Himanta Biswas in Assam instead of allowing State units to evolve a consensus.

Today, with these experiments baring Khattar, not repeating an encore competing ambitions among State leaders have come to the fore with many feeling they haven’t got their due and fair share in the power pie. Confessed another leader, “The Party’s miserable failure to provide succor and timely aid when citizens needed it the most during the pandemic’s second wave has dented the Government’s image. It has led to dismay and disenchantment among people alongside the leadership’s below par performance in the Assembly elections resulting in a sudden spurt in disturbances in State units.

In fact Party leaders have gone on an overdrive visiting UP where discontent among senior leaders against Chief Minister Yogi’s style of functioning, Covid mismanagement and below-par performance in the recent Panchayat elections has been brewing for a while which has bolstered disgruntled leaders. Coupled with resentment among Brahmins and non-Thakur upper castes over “Thakur policies.”

In Rajasthan, former Chief Minister Vasundhara Raje continues to dig her political heels in vis-à-vis Union Minister Shekhawat. In West Bengal, after Mamata Banerjee’s landslide win, differences have deepened between traditional BJP leaders and those who switched from the TMC with leaders like Mukul Roy returning to Banerjee.

Tripura is experiencing turmoil against Chief Minister Biplab Deb. In the Kerala BJP, always a faction-ridden unit, fault-lines have hardened after the Party drew an electoral blank. Yet by micromanaging State affairs from Delhi it makes disgruntlement easier to resolve, as Party discipline can be forcefully imposed from the top.

Alas the Congress finds itself in an existential battle and faces multiple challenges: With Sonia seen as an aging stop-gap President, Rahul as a ‘reluctant leader’ who lacks the reliable and dependable quotient alongside sister Priyanka who carries the albatross of her Vadra surname. The Ma-Beta duo are at their lowest point politically wherein their promises to rebels and directions to Chief Ministers do not carry weight they once did.

The rebellions in its State units are due to a weak Central authority and relatively strong State entities. Congress Chief Ministers of Punjab, Chhattisgarh and Rajasthan have entrenched their power in their respective States and are resistant to any compromises imposed on them from Delhi.

The long-running feud between Punjab Chief Minister Amarinder Singh and former cricketer-turned-neta Navjot Sidhu came to a head earlier this month even as the ‘High Command’ tries to hammer out a compromise. In Haryana too ex Chief Minister Hooda wants PCC Chief Selja’s ouster.

In Uttarakhand former Chief Minister Harish Rawat desire to helm the State is facing stiff resistance. In Rajasthan the High Command has failed to resolve the recurring intra-Party feud between dissident Sachin Pilot and Chief Minister Gehlot. In Telangana some MPs are seeking a new State unit chief.

With everything beginning and ending with our polity, see how the regional satraps have reduced their Parties to private limited companies read my parivar. Take Ram Vilas Paswan’s LJP. Prior to his demise he anointed aankhon ka tara Chirag as Party President. Now his uncle Paras has upstaged him by hijacking 5 MPs stating his is the real LJP.

What to speak of siblings rivalry in Lalu Yadav;s RJD between his two sons and daughter with youngest Tejasavi  snatching the Party crown. Recall the Samajwadi chacha-bhatija Shivpal Yadav- Akhilesh tussle for Party control with the latter coming up trumps. Down South in Tamil Nadu AIADMK’S duo Palaniswami- Panneerselvam are facing a renewed threat from Jayalalitha confidante Sashikala.

Tragically, our politicians who revel in quick-fix solutions have wantonly ignored the larger picture of a democracy which edifies honourable and accountable leadership. Clearly, all eyes are on what happens next. It is time we realize that there are moments when cynical calculations of political expediency become repugnant. How long will we suffer leaders who have perfected the art of cultivating low morality and high greed.

We need to cry a halt to increasing degradation by conducing our own due diligence, else we lay the foundation for a weak and pliable polity. An effective vetting process of the real chaal, charitra & chehra of our leaders.  Think. If individuals behave irresponsibly, it is impossible for them to establish a responsible society. Without a responsible society, there cannot be a responsible State.

Will we allow our unscrupulous netagan to throw the rule book to the winds and inflict a death blow to our future generations? Time to pause and ponder. The buck stops here.