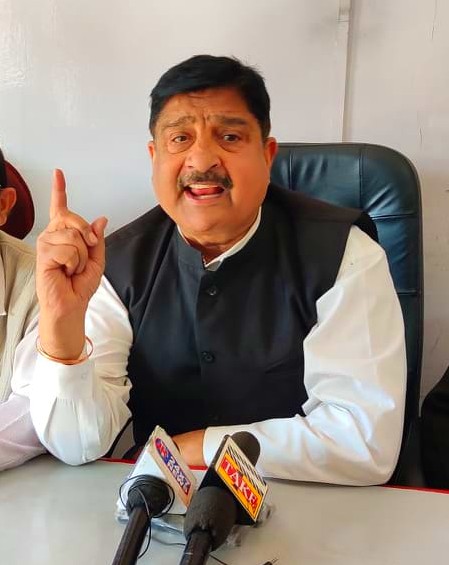 SRIINAGAR: Mission Statehood President, Sunil Dimple on Wednesday said that bureaucracy of J&K was reluctant to see assembly elections happening in the Union Territory despite Prime Minister Narendra Modi claiming that efforts are being made to hold elections in J&K.

In a statement, Sunil said that General Administration Department has issued two orders so far transferring nearly 28 employees from the assembly secretariat to Central Registry Units and Service Selection Board without seeking approval from the Lieutenant Governor as the powers of Speaker of Legislative Assembly are presently lying with the LG in absence of Speaker and as per the reorganization act, 2019.

He expressed regret over the fact that the bureaucracy in Jammu and Kashmir was delaying the process of holding elections in J&K and are reluctant to see elections happening, thus transferring the staff from J&K legislative assembly to different department.

He said that this has never happened in the history of Jammu and Kashmir that any staff member or employee of JK Legislative Assembly has been transferred to any other department.

Sunil further said that when he sought information regarding these transfers from the Secretary General J&K Legislative Assembly and administrative Secretary Law, Justice & Parliamentary Affairs, they expressed their displeasure over the fact that these transfers of employees of J&K Legislative Assembly are happening through GAD without their knowledge.

He said that these transfers vindicate that Assembly Elections are not going to happen in J&K in near future besides, it seems that present bureaucratic setup is not willing to see an elected government in J&K.

He also said that it was beyond his understanding that why the administration in J&K was implementing ”black laws” without even consulting the people of the UT.

Cooking gas LPG price hiked by Rs 25 per cylinder
Thrashing of journalists: Police officer removed from his position, action taken against others
Comment