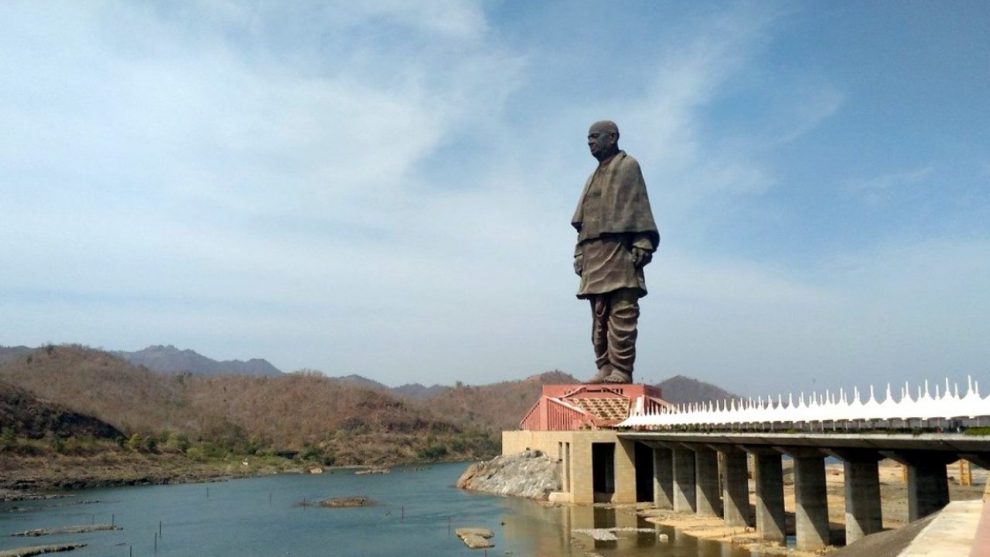 K B Jandial
Add Comment
Successfully deflecting the seriousness of PM’s security lapse and brazen violation of Blue Book, the Punjab Govt and opposition parties found fault with the “sudden decision” of going by road and made a joke of avoiding planned helicopter sortie. Either they tend to forget the recent Gen Rawat’s helicopter tragedy in similar weather conditions or perhaps wishing for a similar disaster again.

The questionable role of Punjab’s DGP Siddharth Chattopadhyaya and Chief Secretary Anirudh Tewari during 5th January aborted PM Modi‘s visit to National Martyrs Memorial at Hussainwala that snowballed into a huge controversy on his security breach, has once again brought to the focus the ‘bending’ of “Steel Frame of India”. Conduct of civil servants has been the core of the frequent debates on their role in uniting India, giving responsive administration and ensuring socio economic development, which was the underlying objective of Sardar Vallabhbhai Patel while creating Indian Administrative Service for Independent India.

While addressing the first batch of IAS officers at Metcalf House, India’s first Home Minister envisioned the civil services to be the ‘steel frame’ of good governance of the Republic.  As a word of caution he had said, “Above all, I would advise you to maintain to the utmost the impartiality and incorruptibility of administration. A civil servant cannot afford to and must not take part in politics nor must he involve himself in communal wrangles. To depart from the path of rectitude in either of these respects is to debase public service and to lower its dignity.”

As per Patel’s vision, the civil services have to be the binding force expected to bridge many ‘divides’ that India has. His dream was that these officers, imbibing the principle of incorruptibility, must avoid all actions that would sully their image and also that of the country and  the citizens must not feel that the much avowed ‘steel frame’ has got rusted or bent. In short, he wanted the IAS officers to be responsive, humane, pro-people, judicious, unbiased, development oriented having a uniform vision of a united, multicultural and multiethnic nation.

India has a three-tier governance structure- centre, state and Panchayati raj. The civil servants are required to coordinate these institutions properly without creating an impression of favouring one party or the other especially when different political parties are controlling these.

In the event of public demonstration of the frayed ties between the State and the Union governments, the senior IAS officers have to be extra cautious of their actions so that the prevailing divide, if any, doesn’t widen and unnecessarily lead to institutional breakdown and anarchy. In fact, as per Sardar Patel’s vision, the trained members of the “Steel Frame” have to act as a bridge between the Centre & States, more so when different political parties are running the Governments; and protect the interests of the country rather than the party in power. These brilliant officers have to be loyal to the institutions and not the persons controlling these.

The IAS was created to protect the pluralistic India, a multicultural & multiethnic nation where leaders of the rival ruling political parties in the States & the Centre would have their own interests and egos, most of the times inflated. To avoid such vulnerabilities in our loosely structured federal Republic, the appointing and Cadre controlling authority for AIS (IAS, IPS &IFS) is the Centre even as their services are placed at the disposal of the States. It clearly means that they have to keep the interest of the State and the country alike. Bridging the ‘gulf’ between the Centre and the States especially on the sensitive issues of national security and governance is one of their major tasks and their failure  would impede the progress of the States & the country and severely dent the designed ‘Steel Frame of India’.

In this backdrop, the conduct of Punjab’s two top civil servants, DGP & CS is seemingly devious, indiscipline, insulting and unethical during PM’s visit to Hussainwala. The ‘Blue Book’ that governs the protocol & security drill with minutest details, for PM’s visits to any State, mandates the concerned State’s CM, CS and DGP to receive him. But intriguingly, all were missing. The CM excused himself for being under  self-isolation  following  detection of his two staff members as Covid positive but in the same evening addressed a presser without mask to present a ‘cover up’ on the  PM’s security lapse and next day, mingled up with a group of protestors. However, the CS & the DGP didn’t give any excuse publicly but their empty official cars were in the PM’s cavalcade. Obviously, the import was that like West Bengal CS, they opted to follow their CM’s footsteps to give PM a miss. It can be attributed to ‘satiate their benefactors’ (Sidhu & Channi).

Successfully deflecting the seriousness of PM’s security lapse and brazen violation of Blue Book, the Punjab Govt and opposition parties found fault with the “sudden decision” of going by road and made a joke of avoiding planned helicopter sortie. Either they tend to forget the recent Gen Rawat’s helicopter tragedy in similar weather conditions or perhaps wishing for a similar disaster again.

Those who continue to ridicule the “sudden decision” to use road travel are pretending ignorance of Blue Book mandated requirements of DGP’s clearance and local police’s senitisation of alternate routes. The DGP gave clearance of the route even though the track was found to be blocked by some farm protestors hinting police connivance.  After all, the DGP was handpicked by Sidhu who gave clearance of the route but he didn’t care to sanitize with sufficient police presence as per the Blue Book. Was it deliberate to ‘embarrass Modi’ or sheer incompetence? It would be authoritatively known after the SC constituted 5-member Enquiry Committee completes its probe. But the under-cover (investigating team) of India Today has already exposed Punjab Govt’s complicity on PM security breach by quoting Punjab Police officers on the ground as to how senior officers remained unresponsive to their timely alerts and sharing PM’s route with locals, grossly compromising Modi’s security.

Another low in Indian politics, the unprecedented security lapse is used to demean the PM with all sorts of stupid justifications and disparaging comments to sidetrack it? How funny was CM’s claim of non-existence of threat to PM as “a Punjabi will prefer to die rather than attack a guest” and another petty comment on PM return of “700 people on 70,000 chairs at the rally”. Leave aside PM falling in the range of the fire from across the border, the Channi Govt tried to overlook the threat from the Khalistani elements despite  SFJ Chief Pannu’s call in his viral video  to teach Modi a lesson, perhaps it wanted the Khalistani elements to execute its sinister plan.  Nobody is so insane as to impute Khalistani’s threat and own the road blockade by Pannu, to Punjab, Punjabis or Sikhs.

The PM Indira Gandhi was not killed by Sikhs but two brainwashed bodyguards who happened to belong to the community. Similarly, Mahatma Gandhi was not assassinated by Hindus and Rajiv Gandhi by Tamils but by some individuals under sinister conspiracy. Yes, threat to PM is not from Punjabis even though Khalistani elements are trying to revive their movement by attributing three farm laws against Punjab (portraying Modi as anti-Sikhs) against which the ousted CM Capt. Amarinder Singh had warned repeatedly but the PM didn’t find it worth consideration well in time.

Earlier, the security for the President, the Vice President, the Prime Minister, former Prime Ministers and their immediate family members were regulated by the Special Protection Group (SPG) Act, 1988 which was amended in 2019 now and it is only available to the PM. Besides. there is a Blue Book reportedly authored by B N Mullik, first IB Chief during Pt Nehru’s time and updated from time to time as per the new security challenges. Treating it as a bible on security of VVIPs after the brutal assassination of PM Indira Gandhi and her son & former PM Rajiv Gandhi, it is religiously followed. The security guidelines for other protectees are laid down in the ‘Yellow Book’, primarily on the basis of the comprehensive assessment of threat carried out by the security agencies.  State Governments too have their own mechanism of providing categorized security.

The bizarre role of Punjab DGP and CS in PM’s security fiasco cannot be overlooked amidst unending political slugfest between the BJP and the Congress & other opposition leaders. Had Sardar Patel ever dreamt of such top All India Service officers who for loyalty to their benefactors (Sidhu & Channi) preferred to bend India’s “Steel Frame” which he launched purposefully 75 years ago? The sad part is that they are not alone in ‘rusting’ the Steel Frame as most of the civil servants in different states are bending the “Steel Frame” to please their political benefactors. More regretful is that such painful spectacle of our “Steel Frame” bureaucracy takes place during the “Azadi ka Amrit Mahotsav”.

Last year, the nation saw how West Bengal Chief Secretary, Alapan Bandyopadhyay, on verge of retirement, preferred to keep PM Modi waiting by arriving late in his meeting and left in a haste accompanying the CM without giving the scheduled presentation to the PM. He was promptly made the Principal Advisor to CM Mamta Banerjee.

While it is a fact that civil services constitute the backbone of the administration at the Centre and the States and they have contributed immensely towards reconstruction and development but degradation and arrogance of the bureaucracy with lack of public interface too is a reality. Two years ago, Punjab Chief Secretary Karan Avtar Singh had be sacked after he took on two Ministers including the present CM Channi, at a pre-cabinet meeting on the excise policy and the face-off led to ministers storming out of the meeting insisting that they would not sit in the cabinet meeting if the CS was present. The CS had to be sent on half day leave paving way for the Cabinet to transact the agenda with another senior officer officiating him.

Such misconduct, disregard to the basic tenets of public servants and unresponsiveness to the people are seen everywhere. Some of them including top brass opt to behave as “personal staff” of the political masters or conveniently become ‘cage’ civil servants to please their political masters. They cannot be the proud inheritors of the “Steel Frame of India” which is bound to bend or rusted. Unjustified supersession  for top slots, disregard to the seniority and tenure posting, search for politically aligned bureaucrats or favourites for sensitive postings, increasing corruptibility and politicization are some of the factors that are making the Steel Frame to bend.