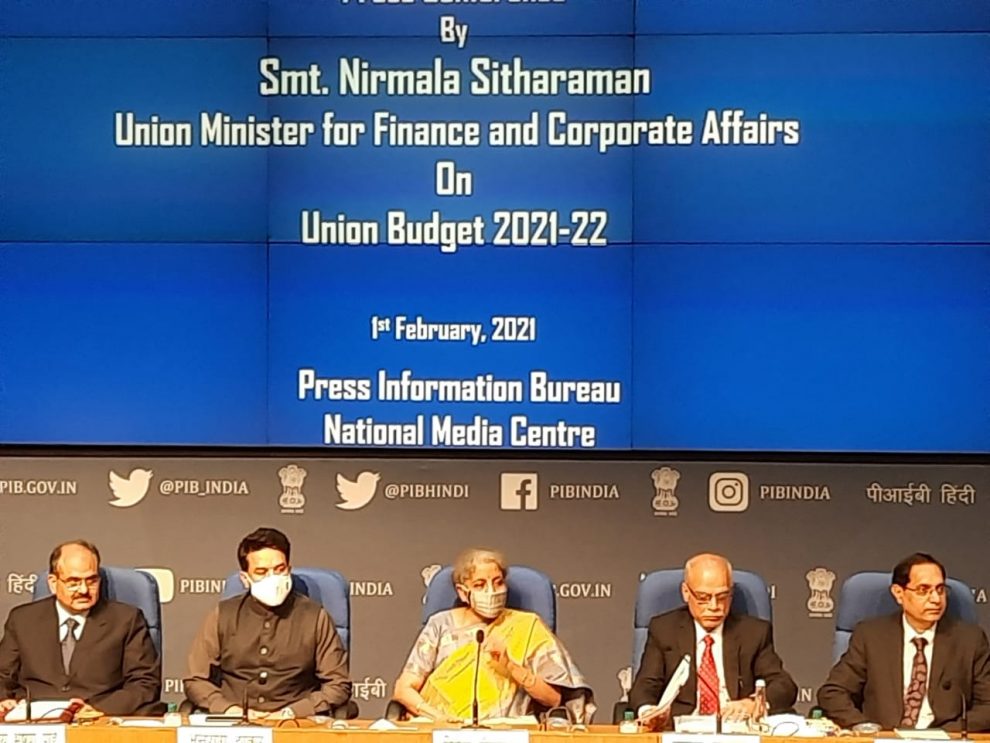 Finance Minister Nirmala Sitharaman has said that Budget 2021 introduces various reforms in financial sectors. Briefing the media in New Delhi, Ms Sitharaman said, progressive steps have been taken such as IPO of LIC, opening up of insurance sector to FDI and continuation of disinvestment. She said, Government has come up with a formulation to clean up NPAs of banks. The Minister said, agriculture has received emphasis in the Budget with increased allocation for credit flow through NABARD, bringing in Agriculture Infrastructure Development Cess through restructuring without consumers having to pay more. She said, provision for extra budgetary resources in Budget is zero and for unidentified contingency, it is 30 thousand crore rupees.

She said, Development Financial Institution, DFI is being brought in to fund infrastructure requirements and this DFI will be used to raise about 5 lakh crore rupees in next 3 to 5 years. The Minister said, we also see a future for private sector DFIs. She said, we have made government accounts more transparent and we are absolutely upfront with the fiscal deficit. Ms Sitharaman said, Government not only ensured repeated review of capital expenditure and ensured that spending was encouraged and not delayed. She said, fiscal deficit which started at 3.5 per cent during Feb 2020 has increased to 9.5 per cent of GDP, Government has spent a lot and at the same time, it has given a clear glide path for deficit management.

Ms Sitharaman said, this Budget comes at a time when all of us decided to give impetus to the economy and that impetus, we thought, would be qualitatively spent and give necessary demand push if we choose to spend big on infrastructure. She said, if there are two important features of this Budget, it is that the Government chose to spend big on infrastructure which spans across roads, power generation, bridges, ports and so on.

Replying to a media query, Finance Secretary Ajay Bhushan Pandey said, Agriculture Development Cess has been proposed only on about 14-15 items and it has been done in such a manner that it does not impose any additional burden on taxpayers. He said, the expected revenue is about 30 thousand crore rupees.