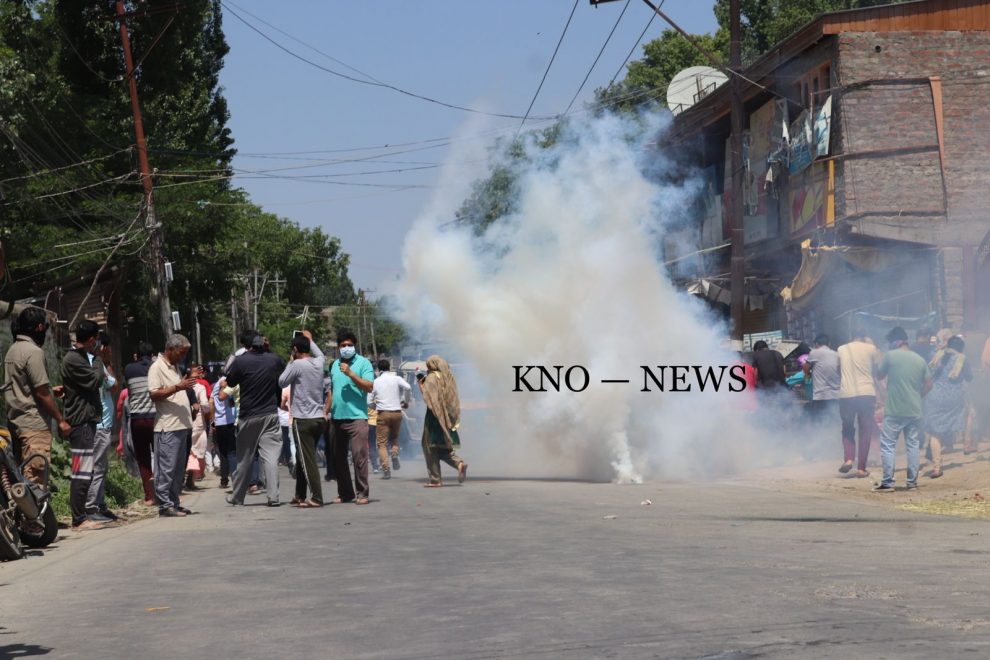 We were waiting for LG till 11 am, since he didn’t arrive, had no option other than to proceed for Airport

BUDGAM: Jammu and Kashmir police used a few tear-gas shells and mild lathi-charge to foil the protest of Kashmiri Pandits at Sheikhpora, Budgam, who were marching towards Srinagar International Airport.

The protesters said that they were waiting for Lieutenant Governor Manoj Sinha till 11 am and as he didn’t turn up, they decided to march towards airport to lodge their protest against the killing of their colleague Rahul Bhat.

Dozens of KPs assembled outside the migrant colony Sheikhpora, Budgam to register their protest. “We had informed the administration and police that LG should visit the spot and give us assurance about our protection and ensure culprits involved in the killing of Rahul Bhat won’t be spared. But LG didn’t arrive at the spot and we were left with no option other than to march towards Srinagar airport,” a protester said.